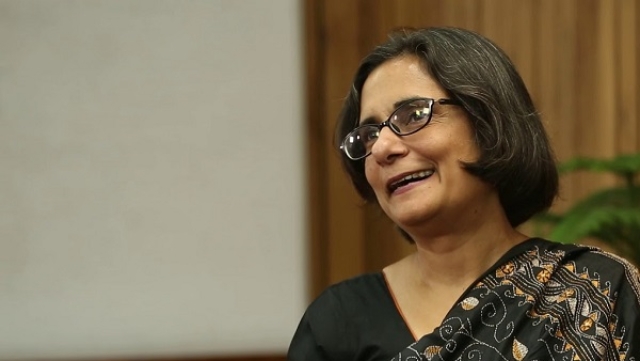 Dr Gagandeep Kang on Tuesday (16 April) made history by becoming India’s first woman to be made a Fellow of the prestigious Royal Society London, reports India Today.

Kang, who currently serves as the executive director of the Translational Health Science and Technology Institute (THSTI), Faridabad, was one among the fifty-one eminent scientists who were elected as Fellows of the storied 359-year old scientific academy in 2019.

Known for her inter-disciplinary research, Kang was instrumental in developing national rotavirus and typhoid surveillance networks. She also helped in establishing laboratories to support vaccine trials and conducted phase 1-3 clinical trials of vaccines.

The list of Fellows also includes Canadian-American mathematician Manjul Bhargava who is R Brandon Fradd Professor of Mathematics at Princeton University, US.

Fellowship of the Society is one of the most coveted honours in the scientific world and some of history's greatest scientists like Isaac Newton (1672), Charles Darwin (1839), Michael Faraday (1824), Ernest Rutherford (1903), Albert Einstein (1921), were associated with it.

Professor K VijayRaghavan who is currently India's Principal Scientific Adviser to the Government, took to Twitter to congratulate the Indian scientists. He added, "Kang is the first woman Fellow from India if I am not mistaken."