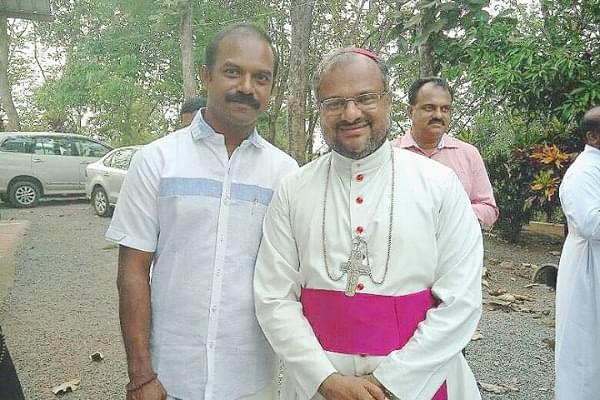 Rape accused Catholic Bishop Franco Mulakkal was given a rousing welcome in Jalandhar on Wednesday (17 October) after he was granted bail by a Kerala court, Times Now has reported.

Post his release he headed to Jalandhar where he was welcomed by his supporters who garlanded him and even showered flower petals. Banners saying “Welcome Bishop” were also on display at the venue.

After getting bail from Court, rape accused Bishop Franco Mulakkal gets a Hero's welcome in Jalandhar, Punjab pic.twitter.com/WZCOF0m1sV

The report claimed that this incident happened inside Mulakkal’s house which also had a presence of his supporters living in nearby villages.

As per a Mirror Now report, this welcome was accorded by Church residents who also decorated his house.

Mulakkal has been accused of repeated sexual assault by a Kerala nun. She alleged that he raped her between 2014 and 2016 at a convent near Kottayam.