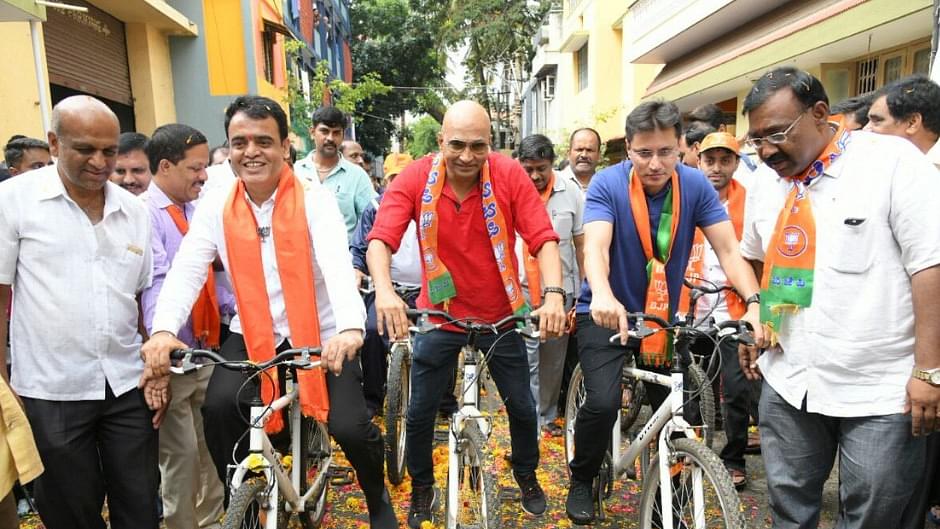 Gauri Lankesh was shot dead outside her Rajarajeshwari Nagar house in Bengaluru almost seven months back with the Bengaluru Police still investigating the case. Widely perceived as a critic of the right wing politics in the country, Congress had pinned the blame for her death on the ruling BJP at the centre.

However, Indrajit has held the Congress government led by Chief Minister Siddaramaiah responsible for Gauri’s murder. He called the murder a failure of the law and order system in the state as Gauri had worked towards the rehabilitation of surrendered Naxals in the state.

Earlier, Indrajit had said that Gauri had been receiving death threats and hate mail from the left-wing ultras who opposed her actions.

He also praised PM Modi as a leader. He, however, dissociated himself from the BJP over ideology and said that he followed an ideology of his own and not any party’s.

Indrjit said that he believes in the BJP candidate, and was supporting him in his personal capacity claiming that Dr. Narayan will win with a huge margin.

Karnataka state assembly elections are scheduled for 12 May and the results will be announced on 15 May.