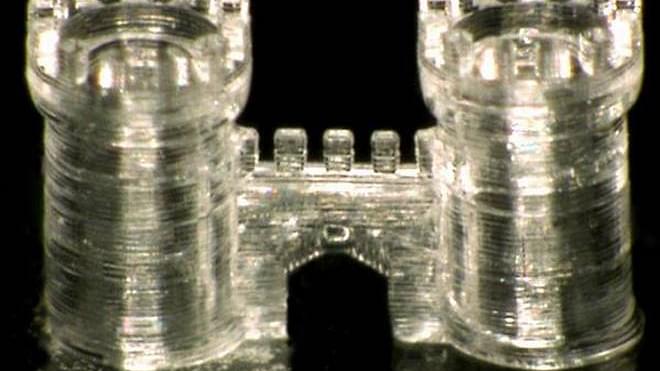 Scientists from Karlsruhe Institute of Technology (KIT) in Germany have developed a novel way to 3D-print objects using glass. A step that could be used to make tiny optical components for complex computers. A variety of 3D-printing techniques are available so far for polymers or metals, but rarely on glass.

According to a report in The Hindu, researchers mixed nanoparticles of high-purity quartz glass and a small quantity of liquid polymer and allowed the mixture to be cured by light at specific points — using stereolithography.

The material, which remains a liquid, is washed out in a solvent bath, leaving only the desired cured structure. The polymer still mixed in this glass structure is subsequently removed by heating. “The shape initially resembles that of a pound cake, it is still unstable, and therefore the glass is sintered in a final step — heated so that the glass particles are fused,” said Bastian E Rapp of KIT was quoted.

The 3D-printed glass can be used for many applications, including data technology.