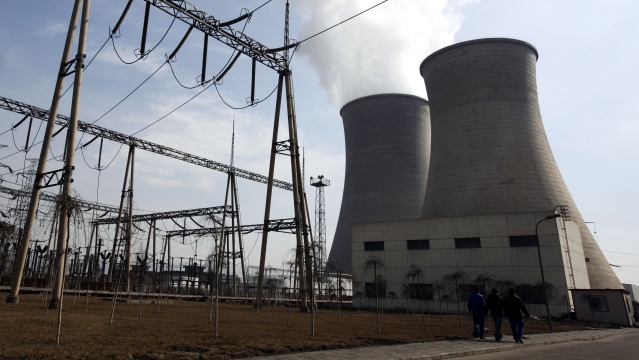 World leaders have called for continued commitments to achieve the Sustainable Development Goals (SDG), a shared vision to end poverty, rescue the planet and build a peaceful world.

"The effective implementation of the 17 SDGs remains critical to making the multilateral system relevant in addressing the global challenges we face," Ghanaian President Nana Addo Dankwa Akufo-Addo said on Wednesday (23 September) while addressing the ongoing 75th session of the UN General Assembly.

He said close attention should be paid to the 2030 UN Sustainable Development Goals, "especially as we mark the beginning of the Decade of Action to deliver the goals and targets of Agenda 2030".

The 17 SDGs were adopted by all UN member states in 2015, as part of the 2030 Agenda for Sustainable Development which set out a 15-year plan to achieve the goals.

"The Agenda 2030 and the SDGs are instruments that fuel the hope of billions of people around the world in achieving the long-awaited progress and well-being of all peoples," Mozambican President Filipe Nyusi told the assembly.

The theme of this year's general debate is "The future we want, the UN we need: reaffirming our collective commitment to multilateralism -- confronting COVID-19 through effective multilateral action".

The "future we want" lies in the actions of the present; the "UN we need" depends on the posture and responsible action, today and tomorrow, said Nyusi.

"We all know that the majority of the UN's sustainability goals are unattainable in the absence of appropriate water policy," Hungarian President Janos Ader said, calling for the need to create conditions for sustainable water management and ensure safer food production.

Until we are able to transform our energy generation systems, the coal fuelled power plants will not only increase CO2 emissions, but will also consume water that would be enough to supply one billion people," Ader added.

World leaders also called for enhanced efforts to mobilize financing, enhance national implementation and strengthen institutions to achieve the goals by the target date of 2030.

"Talking about peace and security without talking about development is, simply and plainly, wasting time," said Dominican President Luis Abinader.

Noting that achieving the SDGs requires an "accelerated implementation" with the purposeful commitment of the developed countries, Abinader pledged that "the Dominican Republic will spare no effort with the 2030 Agenda".

The general debate of the 75th session of the UN General Assembly opened on Tuesday.

This year's general debate in its new format has attracted more heads of state and government to attend the event virtually due to the ongoing global Covid-19 pandemic.

According to the provisional list of speakers, some 170 heads of state and government are going to make pre-recorded statements.

Last year, 82 heads of state and 43 heads of government spoke from the dark green marble podium.