Going Green: India To Generate 40 Per Cent Of Total Electricity Through Renewable Sources By 2030 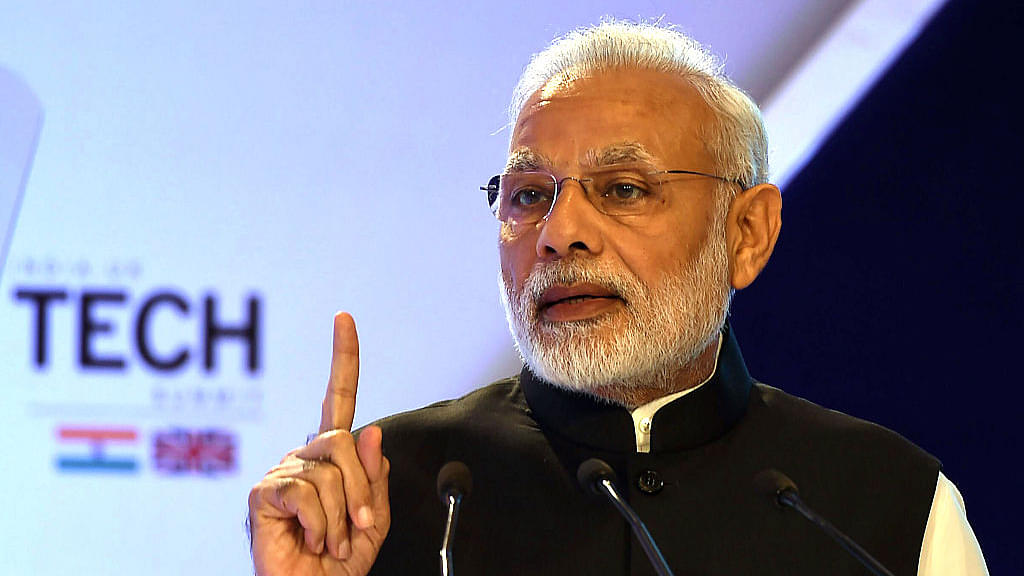 Prime Minister Narendra Modi has said that by 2030 India will reduce its energy dependency on fossil fuels and will instead look to target 40 per cent of its electricity generation from renewable energy sources.

Prime Minister was speaking at the inauguration ceremony of the first assembly of the International Solar Alliance (ISA) on Tuesday (2 October) at Vigyan Bhawan, New Delhi. Modi said that India will tap into the vast potential of solar and wind power to achieve the goal of generating 40 per cent of total power through non-polluting resources.

At present, India is largely dependent on fossil fuels to meet the electricity demand in the country. The primary source of electricity generation in India are thermal power plants which are mostly based on coal resulting in environmental pollution.

Modi said that solar power will play the same role as oil wells have played for past few decades. He said that ISA has the potential to meet future energy needs of the world like Oil and Petroleum Exporting Countries (OPEC) does now.

He said that for last 150-200 years, humans have relied on resources tapped below the earth’s surface but for a secure future, harnessing of resources which are available above the earth like solar and wind energy is essential.

On the issue of expansion of the ISA, Prime Minister said that India wants to bring all United Nations members on the board.

Prime Minister also emphasised on the use of energy efficient technologies like LED bulbs in saving electricity. He said that under the UJALA scheme, 31 crore LED bulbs have been sold in India saving 40,000 million units of electricity and Rs 16,000 crore in a year.

Modi said that 20 per cent of the total electricity produced today is from non-hydro renewable resources and soon an additional 50 Gigawatt of renewable energy will be added to this.

"This is the right time to invest in solar manufacturing," he said, adding that he saw an investment potential of $70-80 billion in the renewable energy sector.