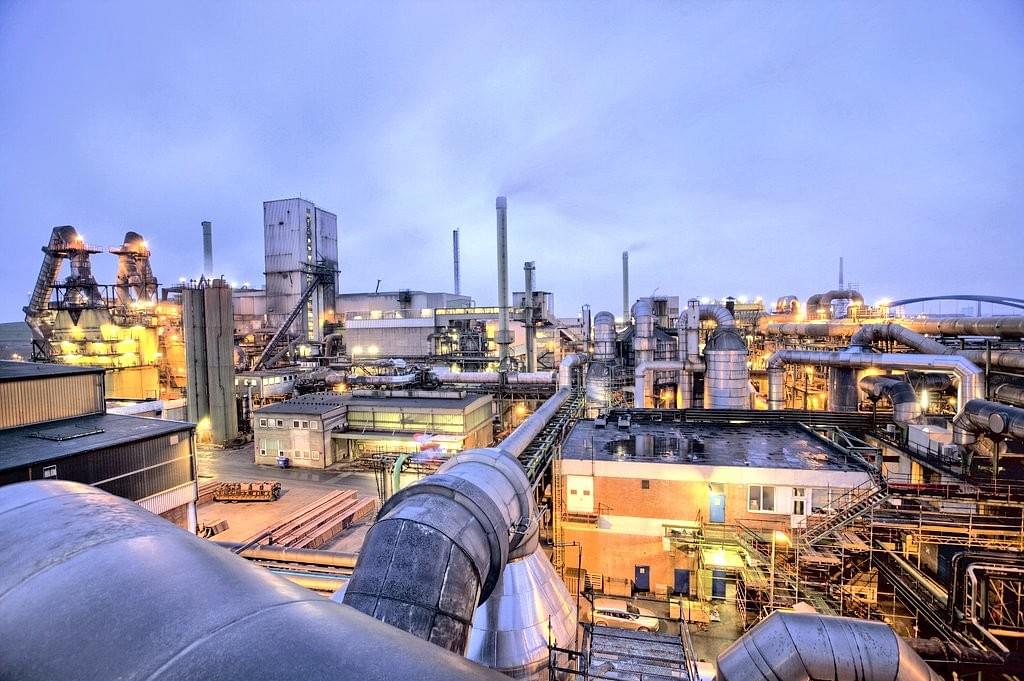 The Sterlite Copper Plant in Thoothukudi. (pic via Twitter)

A group of thugs belonging to Makkal Adhigaram and other political outfits prevented representatives of villages around Thoothukudi Sterlite plant from submitting a petition seeking the re-opening of the Sterlite Copper plant during the visit of a three-member team appointed by the National Green Tribunal (NGT).

A group of villagers, led by one of civic body chiefs, told the media that around 200 anti-social elements formed a barricade and prevented them from presenting their case to the NGT panel.

“We wanted to tell the NGT panel headed by retired justice Tarun Agarawal that we faced no problem with Sterlite. But these goons with people who could identify those who support or oppose Sterlite, prevented us from presenting our views,” the chief said.

Given the fact that many cases have been framed against Naxal Makkal Adhikaram in connection with #Thoothukudi #Sterlite violence, their representatives shouldn't have been allowed to take part in the public hearing, to avert any further chaos.

The three-member panel was formed by the NGT following a petition filed by UK-based Vedanta Resources Group against the Tamil Nadu government decision to shut the Sterlite Copper plant in Thoothukudi. Vedanta owns Sterlite Copper plant that contributes nearly 40 per cent of the copper production in the country.

The Tamil Nadu government ordered the plant shut on 28 May after protests demanding the closure of the plant turned violent on 22 May. The violence resulted in police firing and death of 13 persons. Protests erupted for the copper plants closure on allegations that it was causing pollution. Vedanta, however, has refuted the allegations and has challenged the closure with the NGT, saying it has been adhering to environmental norms strictly.

The prevention of those supporting re-opening of Sterlite Copper plant had its own repercussion when the three-member panel met public in Chennai on 24 September (Monday). Nearly 45,000 petitions demanding the re-opening of the plant were received, media reports said.