Goons Preferred In Congress Over Hardworkers: Priyanka Chaturvedi Slams Party For Reinstating Those Who Misbehaved With Her 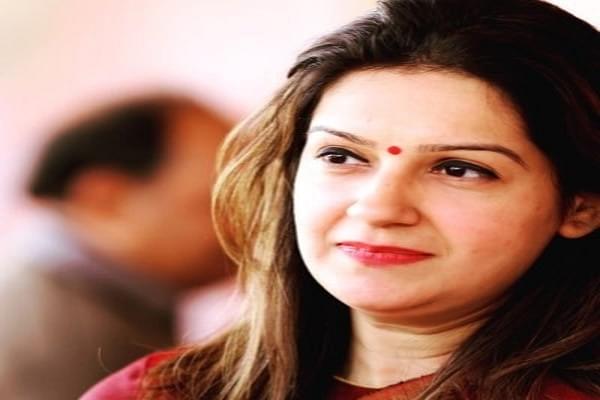 Congress national spokesperson Priyanka Chaturvedi on Wednesday (17 April) slammed the party for reinstating some leaders who had recently misbehaved with her, reports India Today.

“Deeply saddened that lumpen goons get preference in @incindia over those who have given their sweat and blood,” Chaturvedi tweeted.

The Congress spokesperson said this while re-tweeting a journalist who attached a photo of a Congress notice that talked about how Priyanka Chaturvedi had recently complained about a few party leaders misbehaving with her.

“Having faced brickbats and abuse across board for the party but yet those who threatened me within the party getting away with not even a rap on their knuckles is unfortunate,” Chaturvedi said in the tweet.

Deeply saddened that lumpen goons get prefence in @incindia over those who have given their sweat&blood. Having faced brickbats&abuse across board for the party but yet those who threatened me within the party getting away with not even a rap on their knuckles is unfortunate. https://t.co/CrVo1NAvz2

According to the letter, some local party leaders had purportedly misbehaved with Chaturvedi while she was attending a press conference in Mathura a few days back. Congress had initially thrown them out on Chaturvedi’s complaint but recently took them back after intervention of Jyotiraditya Scindia, who is Congress general secretary and in-charge of Uttar Pradesh west.