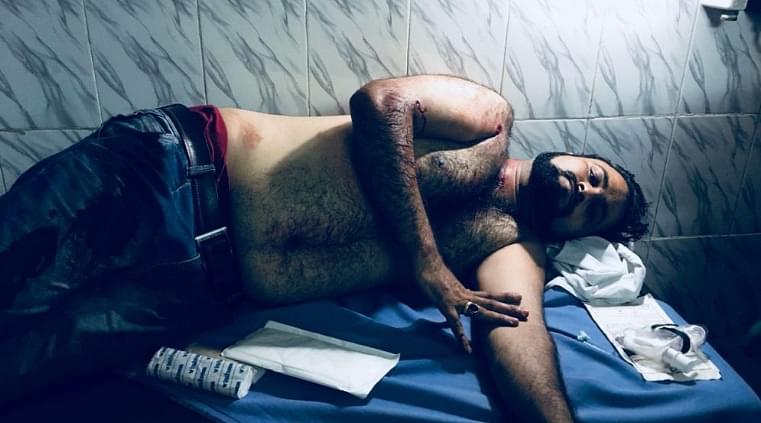 On Sunday (10 June) night, a property dealer was shot at by unknown assailants in his hometown Gorakhpur in Uttar Pradesh.

The incident prominently made it to national media as the victim turned out to be a brother of Dr Kafeel Khan, who was recently released on bail in the Gorakhpur tragedy case and had expressed concerns that his family would be targeted.

Dr Khan is one of the accused in Gorakhpur’s BRD Medical College case in August where 30 children died in a night allegedly due to oxygen shortage. The hospital denied that the deaths were caused due to oxygen shortage, but Dr Kafeel, among others, were accused of negligence in duty. The matter is sub-judice.

As per reports, Kaashif Jameel Ahmed, 35, was shot thrice by gunmen riding a scooter in Humayunpur area around 10.15 pm on Sunday. He sustained bullet marks in his upper arm, neck and chin. He reportedly went to a hospital himself by taking an auto-rickshaw. His condition is said to be stable.

Dr Khan has linked the attack to the BRD case by telling the media, “My brother has been shot. I always knew they would try to kill us.” It seems he is referring to the state government or the administration as Khan has claimed that he was made a scapegoat in the case.

However, the police are suspecting it to be a result of a long-standing dispute between Jameel and a gang. Jameel sells batteries and is also a property dealer. The two sides have been sparring over a property for long and have registered several cases of fraud against each other.

Notably, in 2014, gunmen had entered Jameel’s house and fired gunshots in relation to the property dispute. But even as the police is probing this angle, local reports in Gorakhpur say that the family of Kafeel has refused to speak on this issue at all.

As per a report by Hindi daily Amar Ujala, the police are also probing a possible conspiracy. The fact that the three bullets merely scraped through, the gunmen easily escaped and the family directly approached media rather than the police has raised suspicions, the report says.