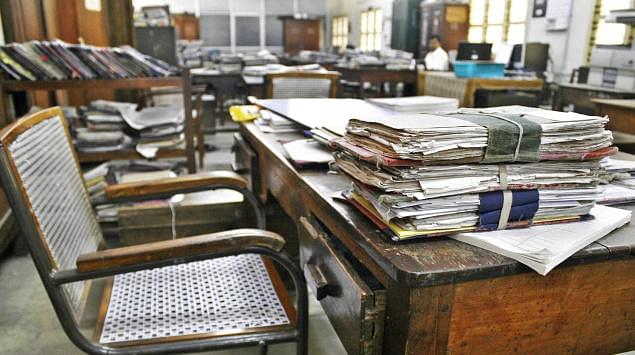 A government office in India.

In a stern warning to bureaucrats, the government on Wednesday sacked K Narasimha, a senior IAS officer of Arunachal Pradesh, Goa, Mizoram and Union Territories (AGMUT) cadre, for non-performance. This came just a day after the government decided to sack two senior IPS officers - Rajkumar Dewangan of Chhattisgarh cadre and Mayanksheel Chauhan of AGMUT Cadre - after a departmental review.

The premature retirements have been approved by Prime Minister Narendra Modi-led Appointments Committee of Cabinet in public interest under Rule 16 (3) of All India Services (Death-Cum-Retirement Benefits) Rules-1958. The decision has been taken in consultation with state governments. This decision comes nearly two decades after a similar action against two IPS officers serving in Maharashtra.

The NDA government had issued a notification in 2016, saying that it will assess the “performance of officers who have completed 30 years of services” in a departmental review. “Non-performing officers will be given compulsory retirement”, the government had said.

According to rules laid down in the concerned legislation, the government has the authority to either terminate an officer immediately by sanctioning three-month of pay and allowances or give the officer a three-month notice period. In all the three cases, government chose to terminate service “in public interest with immediate effect by giving three months matters pay and allowance in lieu of notice.”