Government ‘Secularising’ Dusshera, We Will Celebrate Our Own ‘Dharmic’ One: Yaduveer Wadiyar, Maharaja Of Mysuru 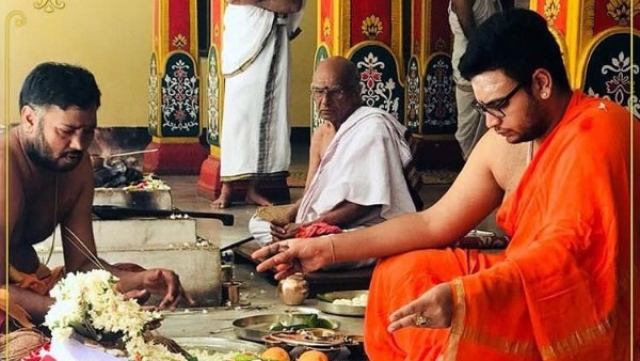 Yaduveer Krishnadatta Chamaraja Wadiyar, the Maharaja of Mysuru has made a statement about Dussehra that has taken everyone by surprise. A report by Vijay Karnataka, a local newspaper in the state quoted him as saying, “The Dussehra that the state government celebrates is a secular one, but what the palace observes is a ‘dharmic’ one.”

At an event organised in Mysuru, a member of the royal family of Mysuru, Pramoda Devi said that the family organises the “real Dussehra”. She added that in order to maintain the secular fabric of the state, the government chooses to involve all faiths as a part of the celebration, whereas the royal family sees it as a religious occasion that needs to be observed with utmost principles of dharma. Addressing the question of which is the real Dussehra, she said that the discussion is not relevant to the matter as people are free to celebrate it the way they want to.

On the other hand, the Maharaja said that there is not going to be any changes seen in the way the royal family celebrates the festival, and he hopes to keep the tradition alive. He insisted that Mysuru has a track-record of being one of the cleanest cities in India, and that littering during the celebrations must be avoided as it can dirty the surroundings. With regard to the demands of the pourakarmikas (civic workers), he said that the government must ensure that the situation is dealt with and the problems are mitigated at the earliest.