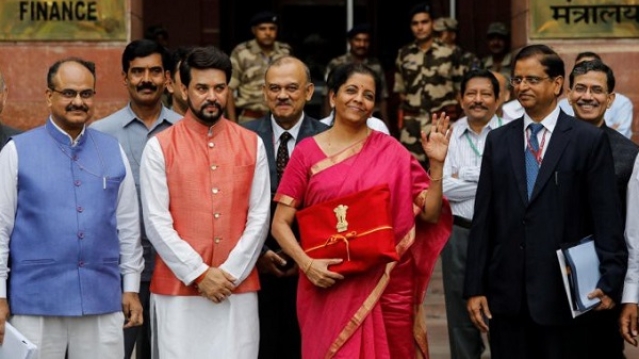 The central government announced on Monday (30 September) that it will stick to the fiscal glide path and pursue the goal to contain the fiscal deficit at 3.3 per cent despite the slew of measures announced recently to boost the slowing economy, reports Economic Times.

Saying that, "The fiscal glide path, as proposed in the Budget, is to be maintained," the secretary for economic affairs, Atanu Chakraborty also shared that the fiscal deficit for the first five months of the ongoing fiscal stood at 78.7 per cent of the Budget estimate compared to a much higher 94.7 per cent a year ago.

It had been estimated in the Budget presented by Union Minister for Finance Nirmala Sitharaman that the Government of India would contain the fiscal deficit for the year 2019-20 at Rs 7.03 lakh crore.

The Government, therefore, sticking to its plans, intends to borrow Rs 2.68 lakh crore in the remaining fiscal which amounts to 37.75 per cent of the Budget estimate. The announcement by Chakraborty was made after a meeting between the officials from the Reserve Bank of India and the government.