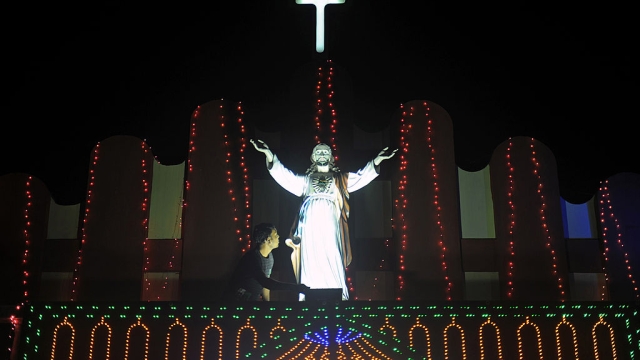 Buckled up for his third foray into Nagaland politics after failed attempts in 2008 and 2013, MM Thromwa Konyak's primary poll promise is that he will send 10,000 missionaries from Nagaland to countries across the world and spread the message of Christ, reports Times of India.

President of the Nagaland unit of the Indian Christian Secular Party (ICSP), founded in 2014 in Hyderabad, Konyak holds a doctorate in Philosophy and Religion from the Agape Christian Theological Seminary in Hyderabad. He believes contesting elections on “Christian principles” is “god's work”.

“Nagaland is a Christian-majority state. I believe in and practice politics that is based on Christian principles. But I should not be mistaken as a religious bigot or communal. I am Christian by faith, Indian by citizenship and Naga by blood,” Konyak said.

However, the 40-year-old from Chen town in Mon district will be contesting as an independent candidate, given he failed to provide a hand copy of the ticket he had received from his party to contest from the seat. “The ticket that was sent to me by my party was through e-mail. It was not accepted by the EC on technical grounds.” he said.

He had tried to get a BJP ticket, which did not work out. Now, he will be competing against incumbent MP Tokheho Yepthomi of the Nationalist Democratic Progressive Party, which is in power in the state, Hayithung Tungoe (National People’s Party) and KL Chishi (Congress).

His other promises include building of churches in the remote areas and better salaries for pastors who serve in hinterlands of the state which is inhabited by 96 per cent Christian population.