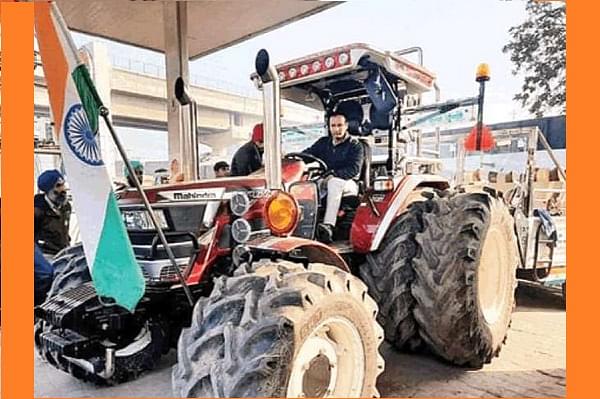 As the farmers gear up for the tractor parade on 26 January, a wave of tractors have arrived at the Tikri Border. Amidst this, a tractor worth 35 lakh has been grabbing the eyeballs of many in the protest.

According to a Jagran report, the tractor belongs to one farmer Sunil Gulia, the president of Gulia Khap 84, who has spent nearly 35 lakhs for the modified tractor.

Explaining the features, the farmer said that the tractor has been designed in such a way that it wont be affected by rain or the water cannons that the Police use to disrupt the agitators.

He further stated that he got the trolly modified at Noor Mahal from Jalandhar, Punjab. The trolly, which costs Rs 5 lakh, has modified seats with sofas. This takes the total cost of the tractor to Rs 40 lakh. The tractor is also equipped with a GPS system and powerful music system to play high-volume music.

On one hand farmers have been protesting against the central farm laws citing poor and weak state of the farmers and arguing that they cannot afford any possibility of MSP withdrawal in future. While on the other hand there have been multiple instances of display of wealth and riches by some farmers who are harming the movement as a whole.

There are also some reports suggesting financial aid from some foreign agencies and even some banned organisation such as Sikhs for Justice.

The farmers have been demanding a repeal of the Farmers' Produce Trade and Commerce (Promotion and Facilitation) Act 2020, The Farmers (Empowerment and Protection) Agreement on Price Assurance and Farm Services Act 2020, and the Essential Commodities (Amendment) Act 2020, implemented by the Central government last year as well as the legal guarantee for the procurement of crops at the Minimum Support Price (MSP).

The farmers have been sitting on protest at the Delhi borders since November 26 last year.