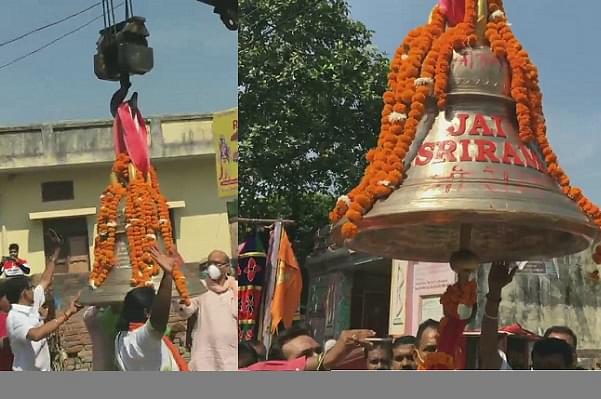 A Ram Rath Yatra, that wheeled off from Tamil Nadu's Rameswaram on September 17, reached Ayodhya on Wednesday along with a gigantic bell weighing over 600 kg that would be installed at Ram temple.

The Yatra was organised by Chennai-based 'Legal Rights Council'. The 'Grand Bell' is 4.1 feet tall and has "Jai Sri Ram" embossed on it.

When the 613 kg bell would be rung, the sound would be heard within the periphery of 10 km of the temple town. Also, the sound of the bell will echo 'Om', Raj Laxmi Maada, who drove the Ram Rath all the way from Rameswaram to Ayodhya, a distance of 4,500 km spanning 10 states, told IANS.

Raj Laxmi, who also holds a world record of pulling 9.5 tonnes of weight, is popularly known as Bullet Rani.