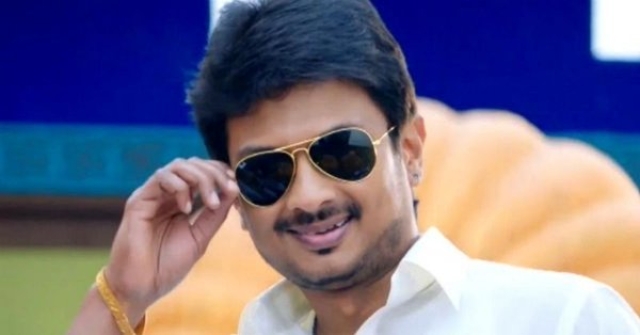 Ku.Ka Selvam, a DMK legislator representing the Thousand Lights constituency in Chennai city, is reportedly planning to quit the party and join BJP.

The development comes in wake of discontent brewing within the DMK over the clout wielded by Udhayanidhi Stalin, the son of DMK President M K Stalin and party’s youth wing secretary, in the organisation affairs and appointments.

Selvam, a long-term confidante and loyalist of M K Stalin, was fielded from Thousand Lights constituency in 2016 state assembly elections and wrested the seat from Valarmathi, who was the sitting MLA and also a powerful senior minister in ADMK government.

Once considered a DMK bastion, Thousand Lights had slipped out of the party control till Selvam regained the seat for the party in 2016. Thousand Lights is regarded a prestigious constituency, as several political leaders and celebrities of Chennai reside and vote here.

Selvam is said to peeved at his marginalisation in the party affairs after the rise of Udayanidhi Stalin. DMK insiders claim that Selvam may have realised that his poor prospects in the party with Udayanidhi Stalin likely to be fielded as the candidate from Thosuand Lights. M K Stalin himself represented Thousand Light several times though he too faced few defeats in that seat.

Selvam is also said to be upset over few recent organisational appointments.

While several BJP insiders confirm that Selvam will join their party in the presence of party president J.P Nadda, DMK sources claim that negotiations are still on with Selvam and he is being persuaded to stay put.

According to political observers in Tamil Nadu, several DMK veterans are said to disenchanted over the rise of new coterie comprising of close family members of M.K Stalin and the tremendous power they exercise in party affairs. At least two other sitting legislators of DMK are said to be seriously considering the option of switching their allegiance.

In July last year, Udhayanidhi Stalin, who till then had a middling career as an actor in Kollywood, was appointed as the party’s youth wing secretary.

The 43-year-old Udhayanidhi Stalin is also the managing director of his family’s Murasoli trust which runs the party mouthpiece with the same name.

Unlike his father, Udhayanidhi Stalin is not expected to face a battle for the party throne and the succession is expected to go smoothly. Stalin had to face stiff opposition from his brother M K Alagiri before the latter was suspended from the party by Karunanidhi.