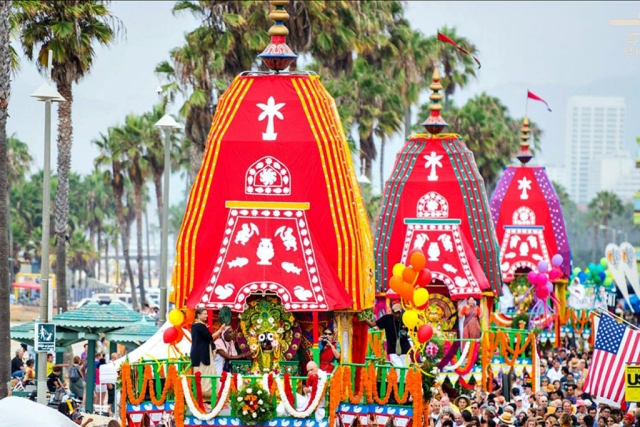 The Gujarat High Court has stayed Ahmedabad's annual Rath Yatra of Lord Jagannath which was set to be organised on 23 June, citing the ongoing COVID-19 pandemic which continues to unleash havoc, reports Economic Times.

The High Court announced its decision on Saturday (20 June) in response to a PIL filed by journalist and activist Hitesh Chavda seeking the HC's direction against allowing the annual procession considering the coronavirus pandemic.

The petitioner had raised serious concerns saying the procession would have passed through certain localities that are among the worst-affected by the coronavirus pandemic and if allowed, lakhs of people run the risk of getting infected by covid-19.

It should be noted though that the State Government had also not given its green light to the Yatra yet and the Home Minister of the State Pradipsinh Jadeja had said on bygone Wednesday (17 June) that a final decision would only be taken on the basis of the situation on the city.

Ahmedabad has emerged as one of the worst-hit cities in India since the pandemic broke out, and even as of present, the city has as many as 36 active micro-containment zones. The total number of confirmed cases of COVID-19 in the city stands at 18,564 and the death toll so far stands at 1,312.