Gujarat: Mob Of 200 Vandalise House of Hindu Man Who ‘Eloped’ With A Muslim Woman 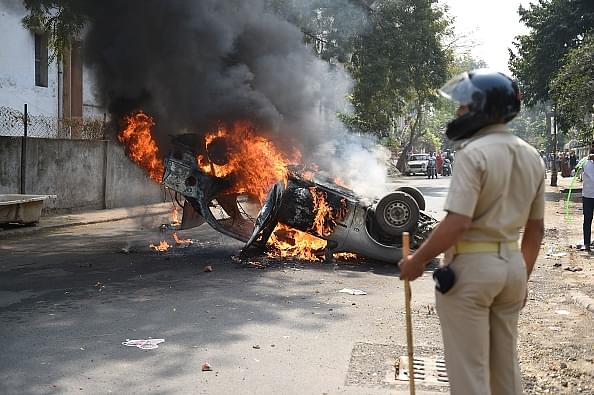 A mob of 200 people stormed into the house of a Hindu man after he “eloped” with a Muslim woman. The man’s father Prakash Bhoi has filed a complaint against the mob, as per various reports.

PTI reports that the incident took place in Sanjeli village in Dahod district. Incidentally, it was Dahod district where just two days ago, a mob of about 20 people beat up a 22-year-old man to death on suspicion of child theft.

The report quotes police as saying that the couple eloped on June 29. On July 22, the woman’s family staged a hunger strike outside the Sanjeli police station demanding she be sent back to them.

After a complaint was filed by the man’s father, Prakash Bhoi, the police have arrested four people - Razak Baandi, Irshad Baandi, Saleha Baandi and Rashida Baandi - for dacoity, rioting, arson and trespassing. The mob also reportedly set ablaze two vehicles and decamped with jewellery worth Rs 45,000.