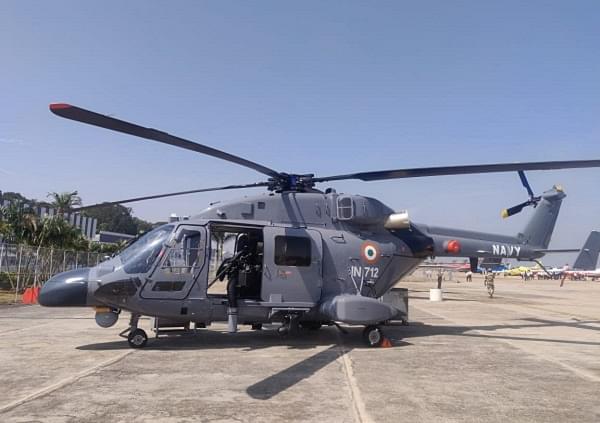 As part of its 16 Advanced Light Helicopters (ALH) contract, Hindustan Aeronautics Limited (HAL) has handed over three ALH Mk III to Indian Navy and two ALHs to Indian Coast Guard on Friday (05 February), the Ministry of Defence said in a statement.

The helicopters were handed over by Chairman and Managing Director of HAL, R Madhavan to Chief of Naval Staff Admiral Karambir Singh and Director General Coast Guard K Natarajan during the ongoing Aero India 2021 at Air Force Station Yelahanka in Bengaluru.

The ALH has clogged close to 3,00,000 cumulative flight hours and proven its mettle in versatile operations. The ALH Mk III is fitted with a state-of-the-art glass cockpit and powerful Shakti engine. The contract involves integration of 19 major systems with the existing ALH MK III.

The order includes 73 fighter jets and 10 trainer jets, and the Mark-1A platform will boast of 43 improvements over the Mark-1 jets for which the IAF has already placed orders before.

The manufacturing of the Mark-1A platform involves contributions from a host of private sector companies which include the likes of VEM Technologies, DTL, Larsen & Toubro, Alpha Toccol, TAML, Data Patterns, Pendios, Compupower and many others.