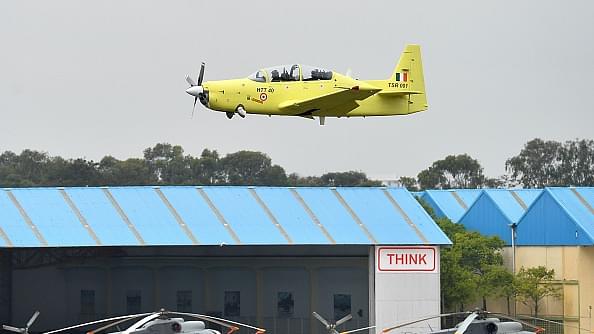 HAL is currently the 39th largest aerospace company in the world in terms of revenue. The company is engaged in the design, development, manufacture, repair, overhaul, upgrade and servicing of a wide range of products including, aircraft, helicopters, aero-engines, avionics, accessories and aerospace structures.

The company has been beset with troubles with delayed execution and delivery of critical projects and ongoing challenges like stretched working capital.

HAL had on Friday held its 55th annual meeting of shareholders, first after its listing. Profit Before Tax for the year was Rs 3,32,284 lakh against Rs 3,58,258 lakh in the previous year. The Profit After Tax for the year stood at Rs 2,07,041 lakh.

HAL produced 40 aircraft and helicopters covering Su-30 MKI, LCA Tejas & Dornier Do-228 in fixed wing and ALH Dhruv and Cheetal Helicopters in rotary wing. In addition, HAL produced 105 new engines, overhauled 220 aircraft, helicopters and 550 engines. Also, as many as 146 new aero-structures for space programmes were produced during the period.

During this fiscal year, the company's initial public offering (IPO) to divest 10.2 per cent of its equity holding from March 16-20 for raising Rs 1,400 crore received a tepid response. IPO just managed to get 99 per cent subscription, that too with the help of institutional investors like the Life Insurance Corporation of India.