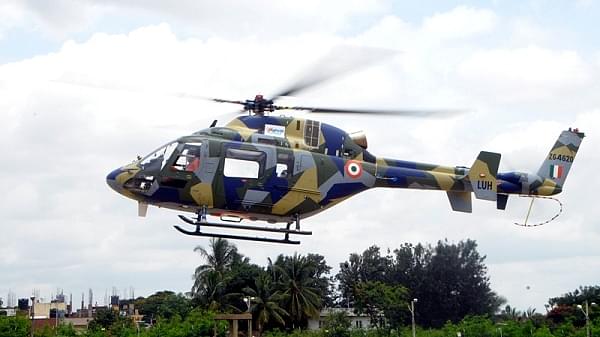 The tests were carried out by the Indian Army, HAL and the Indian Air Force between 24 August and 2 September in Leh having flown to the site from Bengaluru in a 3000 km journey over 3 three days.

“The LUH has complied with all the requirements of the users and with the completion of hot and high altitude testing, it is close to operational clearance certification", R Madhavan, HAL CMD said.

The LUH lifted off from the Daulat Beg Oldie (DBO) Advanced Landing Ground (ALG) at 5000 meters altitude to demonstrate its hot and hover performance followed by another forward helipad at 5500 metres. Other civil and military aircraft face huge challenges in operating in such conditions.

The aircraft has earlier successfully demonstrated its capability at hot weather trails in Nagpur in 2018, cold weather in Leh in 2019 and sea trials in Chennai and Puducherry in 2019.