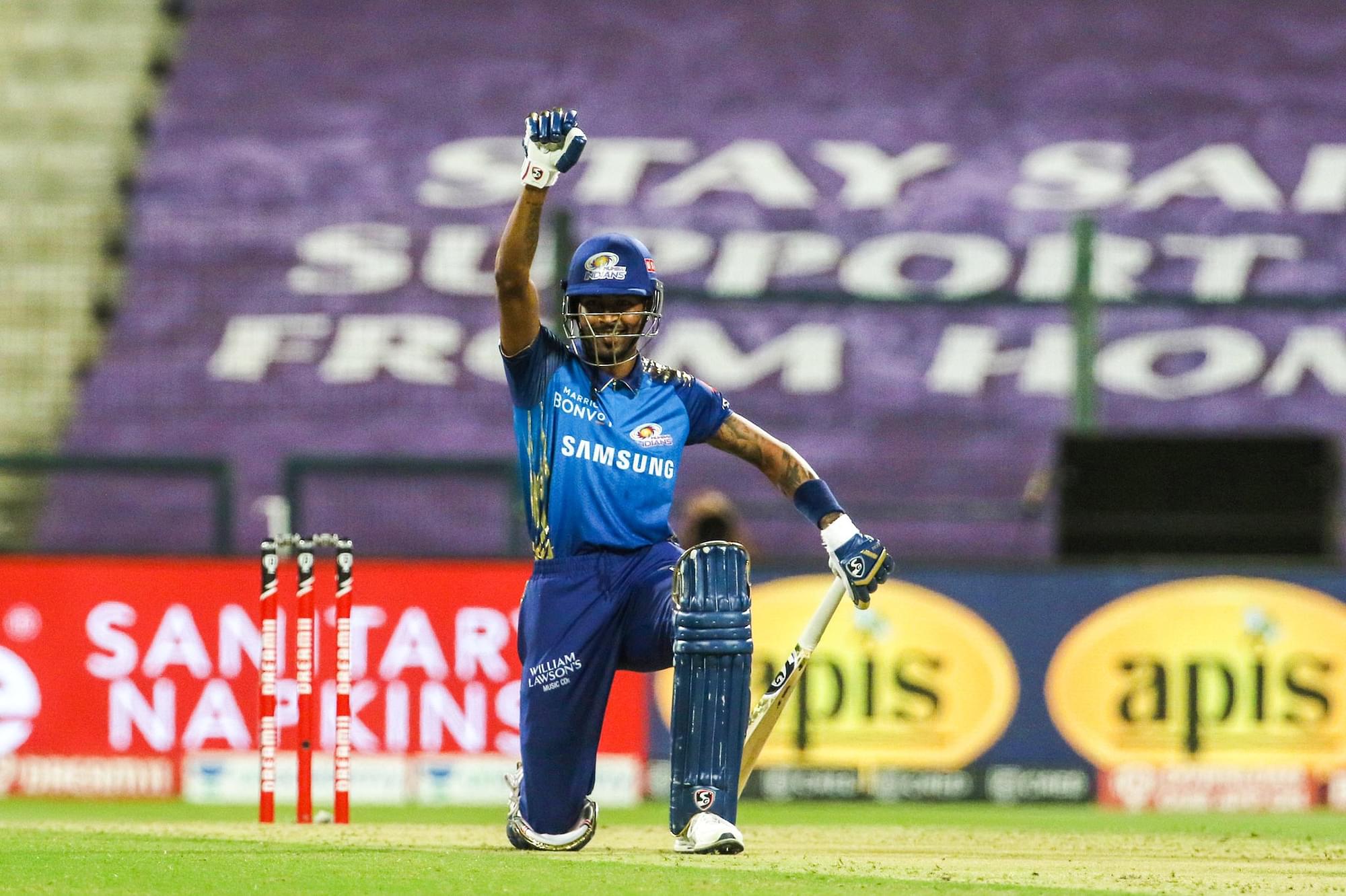 During the game against Rajasthan Royals, Pandya went down on a knee with his right arm raised to show solidarity with the movement against racism. Pandya scored an explosive 21-ball 60 to power Mumbai Indians to a score of 194.

Taking a knee has become a common sight at demonstrations against police brutality and racism in the wake of George Floyd's death. Starting at the end of May in Minnesota, protesters took the knee and called on the police to join them.

Earlier last week West Indies captain Jason Holder (who is part of Sunrisers Hyderabad) had expressed his disappointment over none of the IPL teams "taking a knee" in solidarity with the "Black Lives Matter" movement.

Holder made the remarking while receiving the prestigious Peter Smith Award on behalf of the West Indies cricket team organised by the Cricket Writers’ Club. The Peter Smith Award is an annual honour which recognises outstanding contribution to the presentation of cricket to the public.

“To be honest, I haven’t had one conversation up here around it (BLM). Sometimes it seems it has gone unnoticed, which is a sad thing. I guess it’s for us to re-highlight the importance of it, for people to understand what is happening in the world,” Holder said during his address.

“Cricket West Indies has done an excellent job in continuing awareness of it. The women had a series in England where they wore the Black Lives Matter logo and continued to push the movement as well,” he added.

The “taking a knee” gesture started in the West Indies’ Test series in England this summer in protest against racism after Black American George Floyd was killed by an on-duty white police officer in Minneapolis.

But the gesture was later discontinued for the subsequent series against Pakistan and Australia.