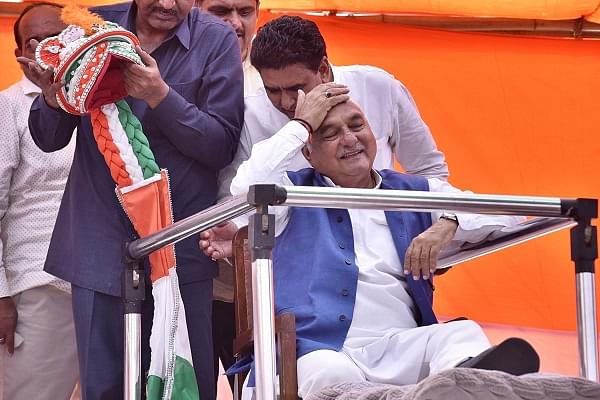 A proposal to prosecute former chief minister of Haryana Bhupinder Singh Hooda in a case of illegal re-allotment of land was sanctioned on Thursday (15 November) by the state’s Governor Satyadev Narayan Arya, The Tribune has reported.

Sanction from the governor came nearly a year after the Punjab and Haryana High Court had been told by the Enforcement Directorate (ED) in an affidavit that Hooda in 2005, misusing his official position, re-allotted some land in Panchkula to Associate Journals Limited (AJL).

Vigilance bureau of state, in may 2016, registered a case against Hooda for cheating and corruption in re-allotment of the land AJL in Panchkula by HUDA. The case was then transferred to CBI in December 2016.

Hooda, as the chief minister, was the chairman of Haryana Urban Development Authority (HUDA) at the time of allotment of the plot.

The case is being investigated by both the Central Bureau of Investigation (CBI) and ED.

According to the investigators, Hooda brushed aside advice of both HUDA and the financial commissioner of the town and country planning department “in order to show favour to the petitioner”.

The said land was allotted to AJL, publisher of National Herald newspaper, in 1982 but due to non-completion of construction within the stipulated time, the state government took back the land in 1992.

AJL appealed against this but was turned down after which it approached the chairman of HUDA where it was pending till Hooda took over in 2005.

HUDA then re-allotted the land, in violation of its own policy and law, to AJL at 1982 price.