Here’s All You Need To Know About Agni-1P, India’s New ‘Pakistan Killer’ Missile 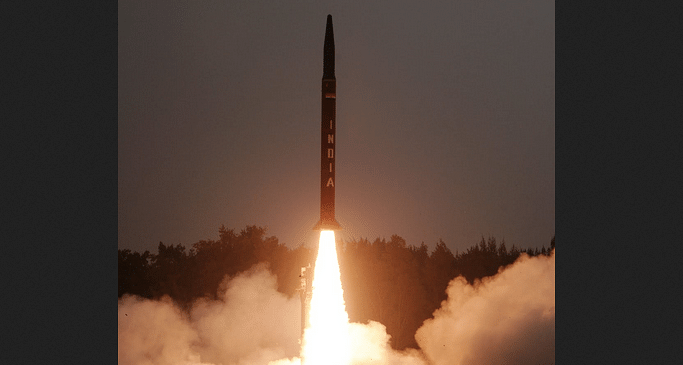 The Defence Research and Development Organisation (DRDO) is developing a new, Pakistan-centric nuclear missile that will be equipped with sophisticated technology used in intermediate range ballistic missile (IRBM) such as Agni-IV. The new missile, Agni-1P, will replace Prithvi and Agni-1, developed with relatively low-end technology in the early 1990s, and will reportedly have a range of 300 to 700 kilometres.

If reports in the media are true, the Agni-1P will be a two-stage, solid propellant missile with both stages comprising composite rocket motors, guidance systems with electro-mechanical actuators, and inertial navigation systems based on advanced ring-laser gyroscopes.

With new findings, DRDO has now mastered the technology, and with what it has called ‘backward integration of technology,’ now plans to replace missiles that have low accuracy.

With its short range, the missile will predominantly be Pakistan-centric and will reportedly be much more accurate than Agni-I. It will allow India to strike targets in Pakistan with increased precision in the event of a contingency. Increased precision, in turn, will enable India to use relatively low-yield nuclear weapons.