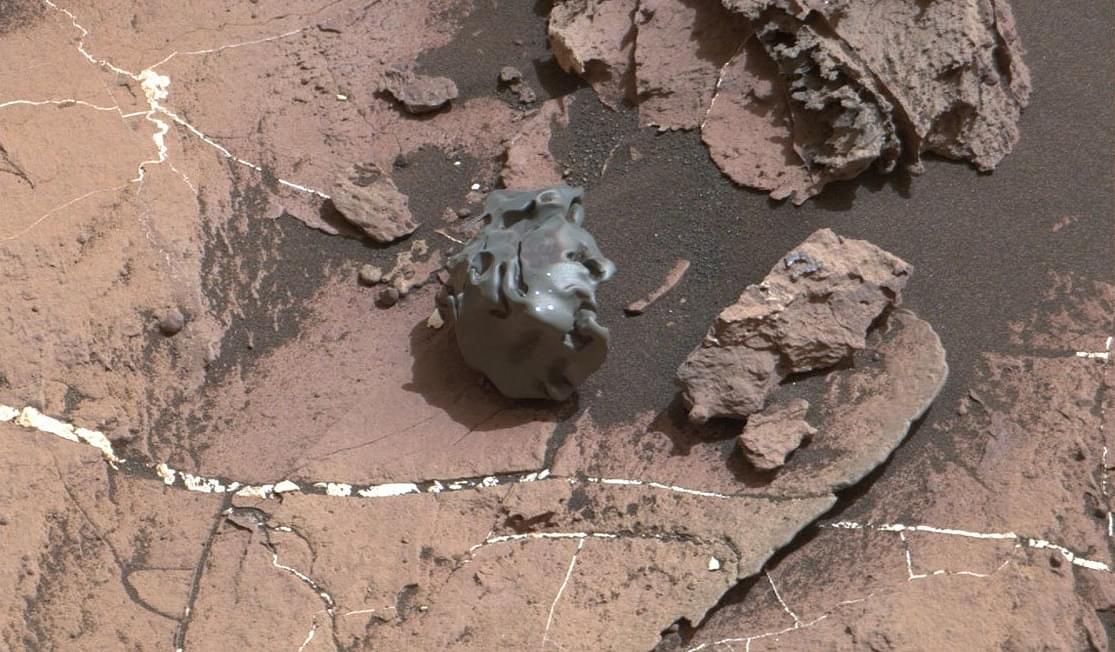 NASA's Curiosity rover has confirmed that an odd-looking object that scientists operating it had noticed is an iron-nickel meteorite fallen from the Red Planet's sky. The researchers used Curiosity's Chemistry and Camera (ChemCam) instrument to examine the object.

Iron-nickel meteorites are a common class of space rocks found on Earth, and previous examples have been seen on Mars, but this one, called "Egg Rock", is the first on Mars examined with a laser-firing spectrometer.

"Iron meteorites provide records of many different asteroids that broke up, with fragments of their cores ending up on Earth and on Mars," said ChemCam team member Horton Newsom of University of New Mexico, Albuquerque, US. "Mars may have sampled a different population of asteroids than Earth has," he added.

In addition, the study of iron meteorites found on Mars – including examples found previously by Mars rovers – can provide information about how long exposure to the Martian environment has affected them, in comparison with how Earth's environment affects iron meteorites.

I have frickin' laser, but I'm not ill-tempered. Zapping this meteorite revealed its nickel-iron composition https://t.co/jOLRmy9qzr pic.twitter.com/j4th8NnOCN

Egg Rock may have fallen to the surface of Mars many millions of years ago. Researchers will be analysing the ChemCam data from the first few laser shots at each target point and data from subsequent shots at the same point, to compare surface versus interior chemistry.

Egg Rock was found along the rover's path up a layer of lower Mount Sharp called the Murray formation, where sedimentary rocks hold records of ancient lakebed environments on Mars.