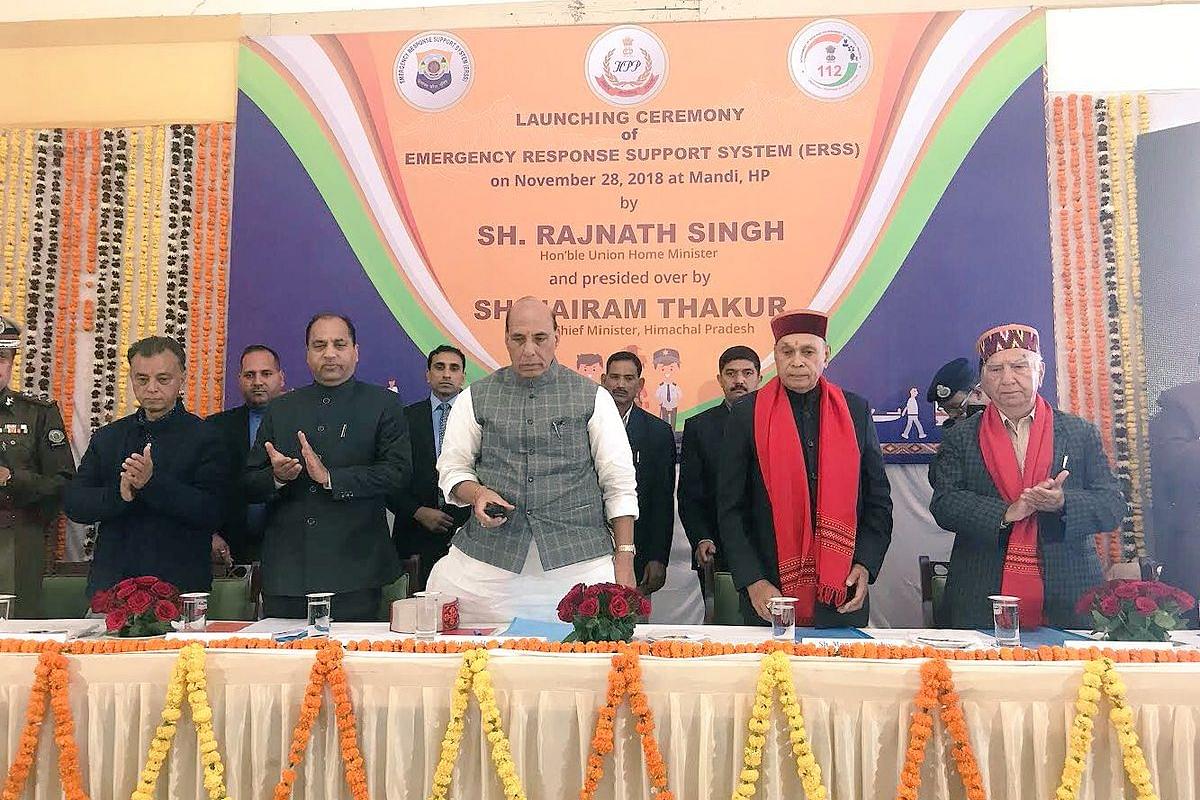 Union Home Minister Rajnath Singh on Wednesday (28 November) launched the Emergency Response Support System (ERSS) in Himachal, making the state the first in the country to integrate all other emergency helpline numbers under one emergency number ‘112’, The Tribune has reported.

The Emergency Response Support System (ERSS) for Himachal Pradesh was launched at a function in Mandi today.

The system will cover the entire state with an emergency response centre (ERC) set up in Shimla along with 12 district command centres (DCCs).

The single number ‘112’, similar to ‘911’ emergency service in the United States, will be slowly rolled out across the country.

The service, in order to make it easy for citizens to avail of immediate assistance, also comprises a ‘112 India’ mobile app integrated with a panic button for smartphones and state ERSS websites.

Rajnath said this service would provide a single emergency response number across the country and will provide 24x7 efficient and effective responses. He said the system can take input from voice call, SMS, email, panic buttons in public transport etc.

The Home Minister informed that the system would identify the location of a person in distress connecting through voice or data and would help in providing immediate assistance to the distressed.

Chief Minister Thakur thanked Rajnath for selecting Himachal for the launch of the project and said that prompt action would be taken on emergency calls.