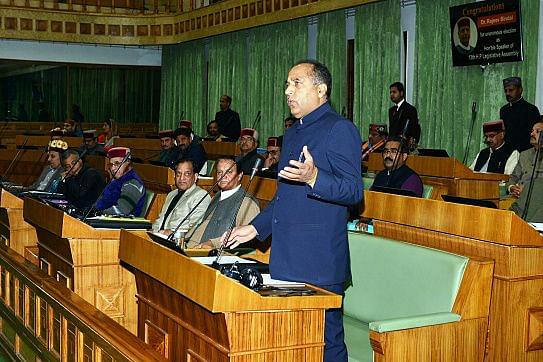 Himachal Pradesh Chief Minister Jai Ram Thakur has promised MLAs that they would be provided emblems for their vehicles to mark their identity since they were not allowed to use flags or beacons, reports The Tribune. He made the assurance during a debate initiated by Congress MLA from Kinnaur, Jagat Singh Negi.

Thakur also pointed out that his government had previously resolved problems faced by lawmakers in getting accommodation in Himachal Sadan and Himachal Bhavan in Delhi and Chandigarh.

“My government is also considering providing permanent accommodation to the legislators in their constituencies where they can attend to the public. The accommodation would be provided at sub-divisional headquarters, tehsil office or block development office,” he added.

He also responded to allegations that opposition MLAs were being sidelined during inaugurations of projects in their constituencies, assuring the assembly that the officials will be directed to inform and invite the representative of the concerned area during foundation-stone laying or inauguration ceremonies.