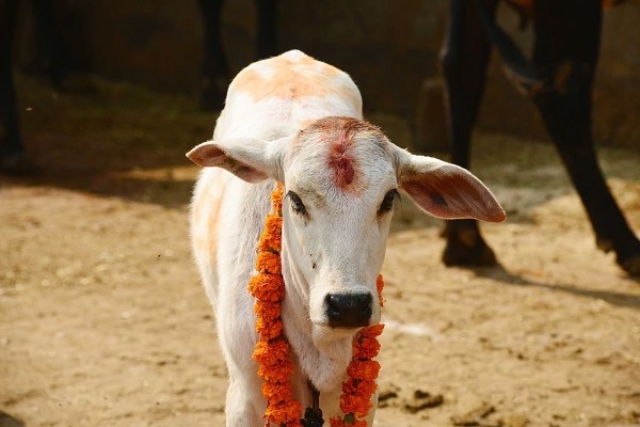 Himachal Pradesh police have arrested the man accused of feeding some eatables mixed with explosives to a pregnant cow in Bilaspur district near Shimla on Saturday (6 June), reports Times Now.

A video had gone viral on social media of the cow owner Gurdial Singh who alleged that his neighbour Nand Lal Dhiman of Dahad village in Bilaspur district injured the bovine by feeding her some eatables mixed with explosives.

According to Bilaspur Superintendent of Police Dewakar Sharma, Nand Lal was arrested on Saturday from his village Dahad.

Reportedly, the police visited the crime spot with its medical team, examined the injured cow, and provided ‘prompt treatment’. The animal’s blood and injured skin sample were also collected for forensic investigation. The injured cow had also given birth to a baby calf, following her recovery.

“The cow owner had added in his complaint that he suspected his neighbour Nand Lal being behind the mischief,” the SP wrote to the Himachal DGP.

Gurdial Singh’s complaint was also endorsed by deputy chief of Dahad village panchayat. Consequently, police had registered a case under Indian Penal Code section 429, involving the mischief of maiming or killing cattle, and other relevant sections of the Prevention of Cruelty to Animal Act, the SP wrote to the state DGP.