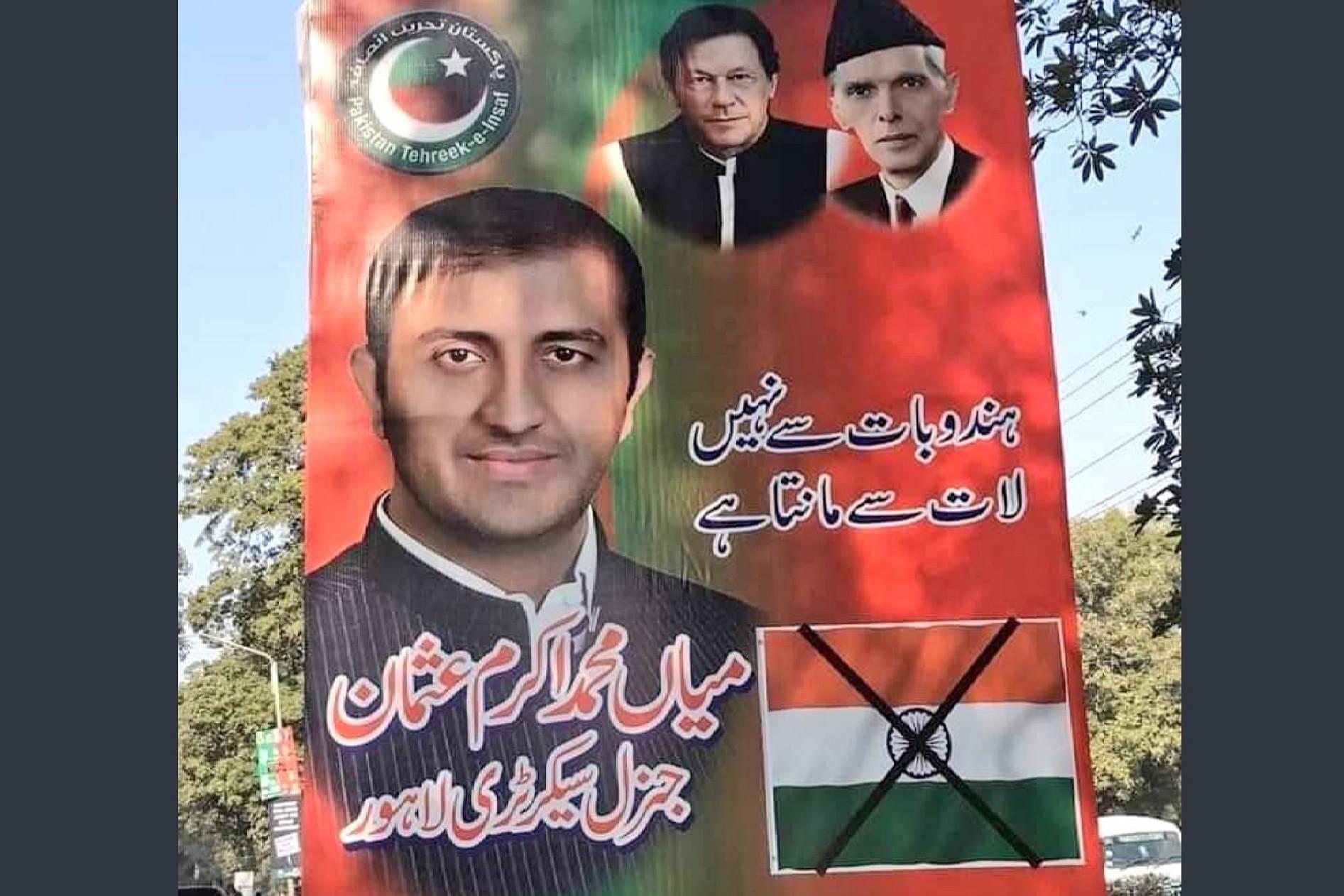 Pakistani journalist Naila Inayat tweeted about it on Wednesday:

As per a report by Pakistani publication Nayadaur, the poster has been “allegedly placed on Lahore’s Mall Road on behalf of the ruling Pakistan Tehreek-e-Insaf (PTI)”.

The report says that “it is not yet clear whether the image is from the 5th of February 2020, marked as Kashmir Solidarity Day in Pakistan, or from some earlier time”.

Hate messages against Hindus, who form a minuscule minority in Pakistan, are routinely expressed by Pakistani lawmakers and politicians.