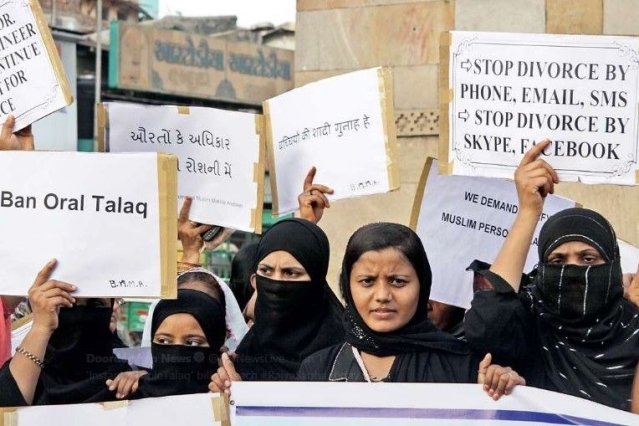 The Triple Talaq Bill, or The Muslim Women (Protection of Rights on Marriage) Bill, 2019 was passed by the Rajya Sabha on Tuesday (30 July). It will now be sent to the President for his approval which will turn it into a law.

The bill which could not pass the Rajya Sabha test prior to the 2019 General Elections, sailed through after a vote in the house this time. The BJP has 107 members in the house whose current strength stands at 241.

However, several parties like the Janata Dal United and the AIADMK had walked out of the house reducing the number to 213. KCR's TRS meanwhile boycotted the vote, which meant that the BJP had enough numbers to pass the bill. The final tally stood at 99 ayes and 84 noes.

The Act, which replaces a similar ordinance in the regard, will make triple talaq void and illegal. It also makes an offence punishable with imprisonment up to three years and a fine. It allows any person related to the woman by blood or by marriage to report the offence.

Further, while the new bill has a bail clause for the husband, the estranged wife would first be heard by the magistrate before approving the bail.