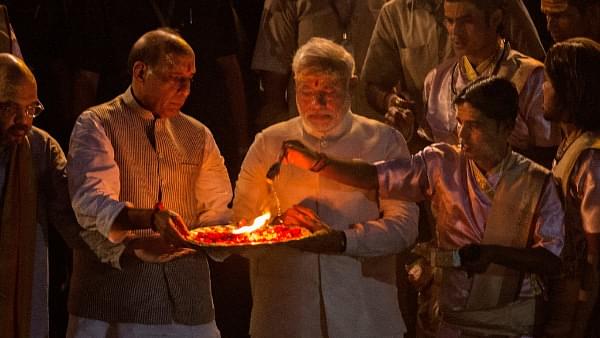 The Union government has specified the minimum quantity of water also known as the “ecological flow” at various stretches of the River Ganga throughout the year, The Hindu has reported. The National Mission For Clean Ganga (NMCG) announced the minimum ecological flows in a gazette notification on Wednesday. This move will ensure that nearby hydropower projects in the region will comply with the norms.

“From now on, you will never see the Ganga dry ever, anywhere… this is a historic decision made after wide-ranging scientific consultation,” Union Water Resources Minister Nitin Gadkari said at a press conference. However, the ministry did not arrive at any decision on the issue of allowing big water projects over River Ganga.

Former Secretary in the water resources ministry Shashi Shekhar told The Hindu that the move was a good beginning but the targets were too low.