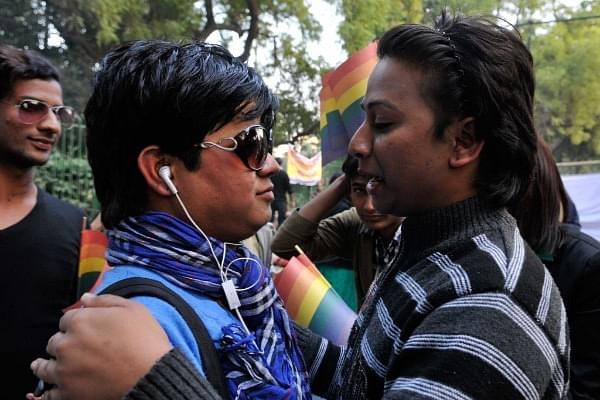 A much-awaited verdict was celebrated by the LGBTQIA+ community across the country and the world, as India finally decriminalised homosexuality on Thursday (6 September).

As soon as the verdict was out from the chambers of the apex court, Muslim clerics from various organisations and sects went on to strongly criticise the decision of the court, terming it “anti-religion and anti-humanity.”

Maulana Mahmood Madani, the general secretary of Majiat Ulama-i-Hind, one of the largest religious organisations of Muslims in India, said that the decision will eventually lead to more sexual crimes. He was of the opinion that the 2013 verdict by the Delhi High Court reinstating gay sex as a criminal offence was the move that they were expected to uphold.

As reported in The Indian Express, Madani said, “Homosexuality is against the law of nature, it will lead to moral decay and disorder in the society and will increase sexual crimes and violence as we are witnessing daily. This shameful act will destroy the family system and will have a cascading effect on the progress of human race. You cannot push the whole society into sexual anarchy and moral decadence for the sake of a few people who championed homosexuality as fundamental rights.”

Kamal Farooqui from the All India Muslim Personal Law Board (AIMPLB) said that criminalisation was bad, and the police cannot have a say on what someone does in private. But if it ‘destroys society and culture’ of the country, citizens must not withhold their opinions. He hinted that the organisation might be approaching the SC on the matter.

He concluded that homosexuality is against Islam, and there is an entire chapter written about this. Should this trend become a norm, in about a century, humanity will be wiped out.