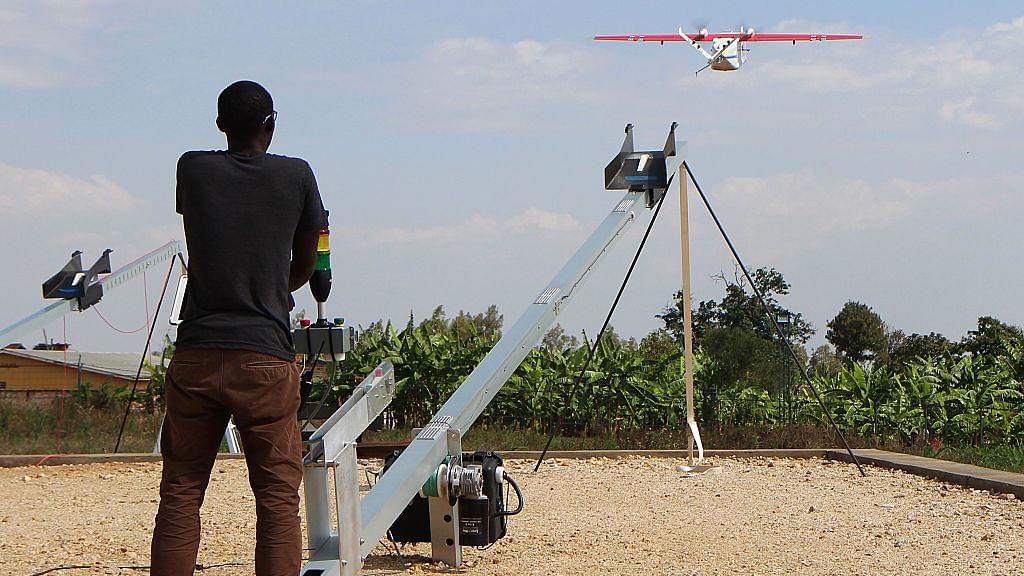 On 14 October, Rwandan President Paul Kagame will formally announce an innovative programme to deliver blood to patients in distant areas of the country by launching the world's first national drone delivery system. Manufactured by a Californian robotics company, Zipline, these drones will start delivering blood to 21 transfusing facilities in the western part of Rwanda, where patients suffer due to pitiable roads and infrastructure.

Earlier this year, Zipline announced its partnership with the Rwandan government, spending several months testing its launch system at a distribution centre in the Muhanga region, where 15 custom-built drones, known as “Zips”, were being kept. These Zips can fly up to 150 km and carry up to 1.5 kg of blood. All that the hospitals need to do to order blood is send a text message and have it parachuted to their location in 15 minutes.

The Rwandan government has fully embraced the technology, which is still being developed in the United States (US) at a slower pace. Drone regulations were ratified earlier this year, and a drone airport has been scheduled for completion in 2020. Zipline's system can help people in frantic need of blood transfusions, especially mothers suffering from postpartum haemorrhaging, which is the principal cause of maternal mortality worldwide. Zipline CEO Keller Rinaudo says:

I think a lot of people are very cynical in terms of drone delivery because it’s just not practical…you can do hundreds of deliveries a day, where each delivery is potentially saving a human life.

Rinaudo claimed the company's new recovery system was "inspired by aircraft carriers and bouncy castles." Zipline initiated its first blood deliveries this week, and aim to expand to eastern Rwanda by early 2017.

As per Rinaudo, distributions in western Rwanda will reach about seven million people. Zipline has also joined UPS and GAVI (Bill Gates-backed vaccine fund) to explore how the system could be used to deliver other medicines.

The idea that you would only use this to deliver blood, it’d be like saying you’re going to build highways for the country of Rwanda and only let hot pink cars drive on it….This is infrastructure, and you can use it for all kinds of different things, some of which we can predict and some of which we can’t.

Rinaudo said that the company is also looking to expand to other countries across East Africa, with the expectation for fleet of drones to deliver much more than blood in the years to come.