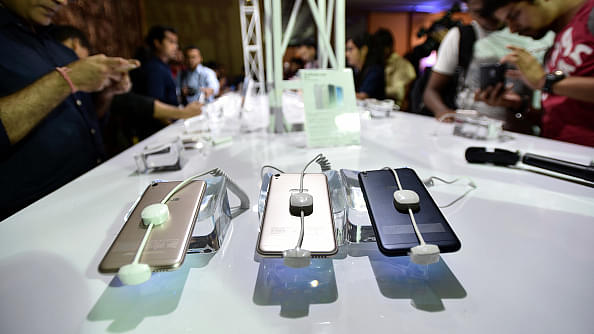 Out of the 302 million mobile handsets, the report estimates 49.3 per cent (149 million) sales to be smartphones. (representative image) (Burhaan Kinu/Hindustan Times via Getty Images)

Taking the global market by storm, China-based Huawei has outsold Apple’s iPhones in the first quarter of this year and seized second place in smartphone market that is dominated by Samsung, reports Live Mint.

According to the report, in a sixth consecutive quarter of decline for global smartphone shipments, a total of 310.8 million units were shipped globally during first three months of this year, marking a fall of 6.6 per cent compared to the same period in 2018, preliminary data from the Chinese-owned International Data Corporation has revealed.

In the meantime, Apple recorded a downfall of 30.2 per cent from a year earlier to 36.4 million units. However, Apple gained handsomely through its services to offset the slump in handset sales.

The overall slow down in the high-end smartphone is attributed to people waiting longer for upgrade to new models due to lack of captivating innovation. Besides, with the pending arrival of 5G handsets, consumers are waiting until both the networks and devices are up for grabs.