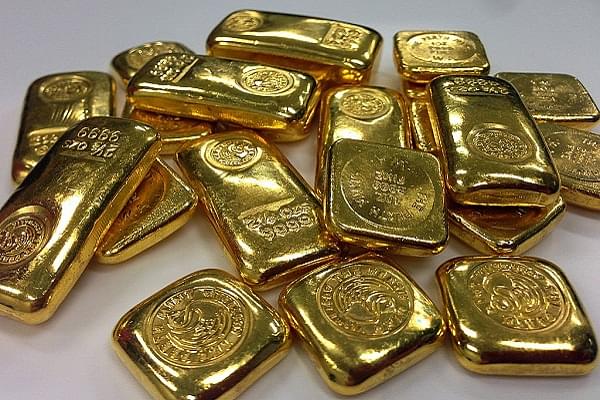 In a major bust, the customs officials at the Hyderabad's international airport have seized an illegal consignment of gold worth Rs 6.62 crore which was being clandestinely moved from Hyderabad to Jaipur and Mumbai via an IndiGo flight, reports news agency ANI.

The entire consignment included gold bars weighing 2.37 kilograms, and other gold ornaments weighing 5.63 kilograms. Together, the seized consignment is worth a total of Rs 6,62,46,327. The seized articles also included loose diamonds, and precious and semi-precious stones.

The customs officials had received specific intelligence in the early hours of 3 October, about certain foreign-origin gold bars being moved from Hyderabad to Mumbai and Jaipur via IndiGo flight without any proper documentation.

Acting on the intelligence input, officials conducted a thorough verification of the suspected consignments at the domestic cargo premises of Shamshabad's Air Cargo Complex and seized the entire consignment under the Customs Act 1962.