Hyderabad Metro Roars Ahead: Sees Ridership Of Two Lakh Per Day, 233 Per Cent Higher Than Expected 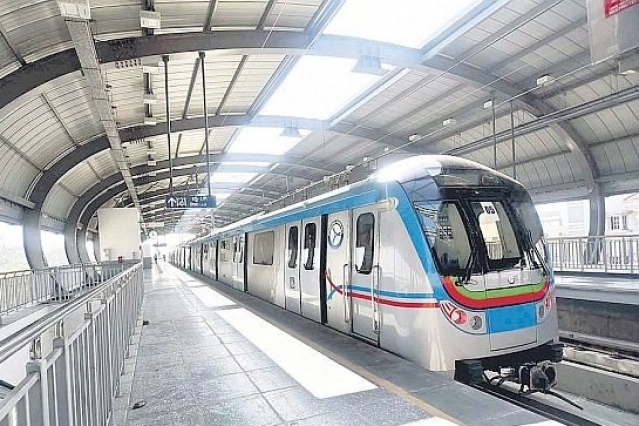 The Hyderabad Metro has seen an overwhelming response in the form of two lakh passengers per day, 140,000 more than the estimate of 60,000, Financial Express has reported.

The report claims that the project has laid to rest questions about its viability despite the added pressure of being touted as the largest Metro project in the world to be implemented in the PPP mode. The response received from the city has also raised the chances of the project breaking even in the next six-seven years.

66 Km of the of the total 72-km elevated network is set to be completed by mid-2019. The project is being built by L&T Metro Rail Hyderabad Ltd (L&TMRHL).

NNVS Reddy, MD, HMRL, said, “with a total operational length of 45 km, the Hyderabad Metro is now the second largest Metro network in India. The mass transit system is helping transform Hyderabad into a people-friendly green city”. A survey conducted by Keolis which tested passenger satisfaction in public transport ranked the Hyderabad Metro first among 13 cities with a 98 per cent score.

L&TMRHL has invested about Rs 13,000 crore in the project, with the Centre providing viability gap funding (VGF) of Rs 1,458 crore and the Telangana government investing about Rs 3,000 crore.