‘I Read Bible And Learnt That On Judgement Day There Will Be No One With Me’: Kumaraswamy On Trust Vote 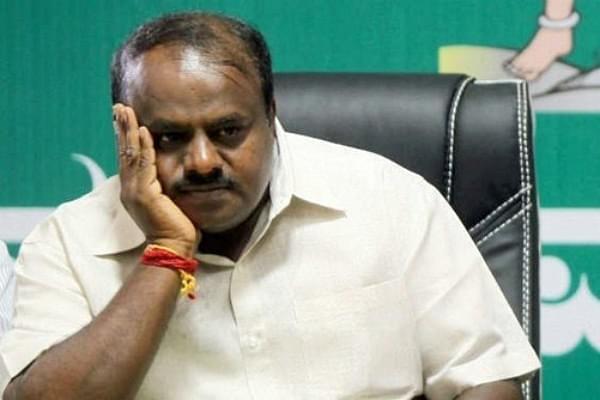 Karnataka Chief Minister H D Kumaraswamy today (19 July) began delivering an emotional speech in the state assembly as the trust vote discussion stretched on to the second day, despite the Governor’s initial directive to wrap up the proceedings yesterday itself.

During his speech Kumaraswamy claimed that during his trip to the US he happened to read the bible in which he learnt that on judgement day there will be no one with him.

He added that the Congress-JD(S) government would fall only when god wills it and said that he is only answerable to the almighty.

Kumaraswamy also appeared to target his fellow coalition members by asserting that he knows how people have become ministers by using him.

“I have not done any wrong, I have not misused my power till date. Power is not permanent. I never asked anyone to make me the Chief Minister. My family has not bothered about power. I am fate’s child”, Kumaraswamy was heard as saying in the assembly.

Kumaraswamy then cranked up the rhetoric by inviting the BJP to form the government but also ominously said that he will see how long they would manage to remain in power.