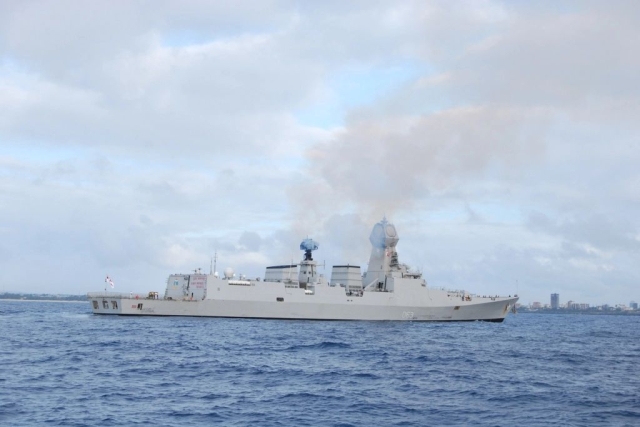 The Pakistani Navy may not send its warships to participate in the seventieth anniversary celebrations of the People’s Liberation Army Navy (PLAN) slated to be held off China’s east coast later this month, reports Hindustan Times.

According to the report, it was expected that at least two Pakistani ships will attend the review to be inspected by President Xi Jinping in the coastal city of Qingdao on 23 April.

Though, there is no official announcement of the withdrawal of Pakistani ships but the reason behind non-participation in the event could reportedly be the current heavy deployment of the Indian Navy in the Arabian sea.

As per the report, the Indian Navy, in the aftermath of the Pulwama terror attack, had said in a statement on 18 March that it was deploying an aircraft carrier, nuclear-powered submarines and several warships in the region.

However, the events related to the Chinese Navy anniversary in Qingdao could be attended by senior military officials from Pakistan.

India, on the other hand, is sending its INS Kolkata, an indigenously built stealth destroyer, and INS Shakti, a tanker and supply ship, to the anniversary celebrations of its Chinese counterpart.