‘I Will Feel Like A Freedom Fighter’: Mamata Dares BJP To Send Her To Jail; Says She Is Not Afraid 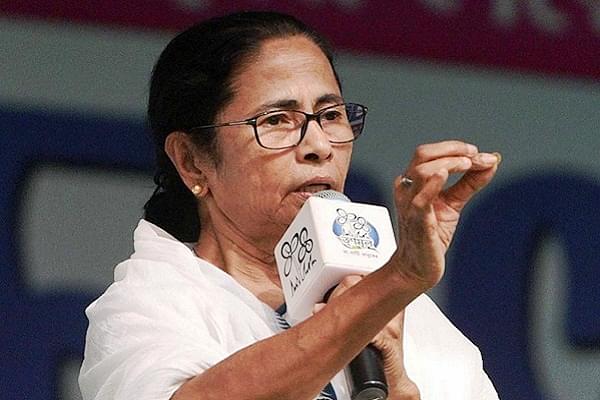 West Bengal Chief Minister Mamata Banerjee while speaking at a Trinamool student wing event dared the BJP to send her to jail and claimed that if incarcerated she would consider herself like a freedom fighter, DNA has reported.

“Aaj agar jail gayi toh sochungi, swadhinta sangram kar rahi hun (If I am sent to jail today I will think that I am participating in the freedom struggle”, Mamata was quoted as saying.

She later went on a tirade against the Narendra Modi led central government by alleging that the current atmosphere in the country is like a “super emergency”. She though tried to put on a brave face by asserting that the BJP would fail in scaring her.

This statement by Mamata comes in the light of investigations into the Saradha and Narada scams in which various current and former Trinamool leaders are among the accused. Yesterday (28 August) the CBI had summoned Trinamool turned BJP leader Mukul Roy in connection with the matter.