IAF Aircraft With 168 People Onboard Including Afghan Hindu, Sikh Leaders Lands At Ghaziabad's Hindan Air Base 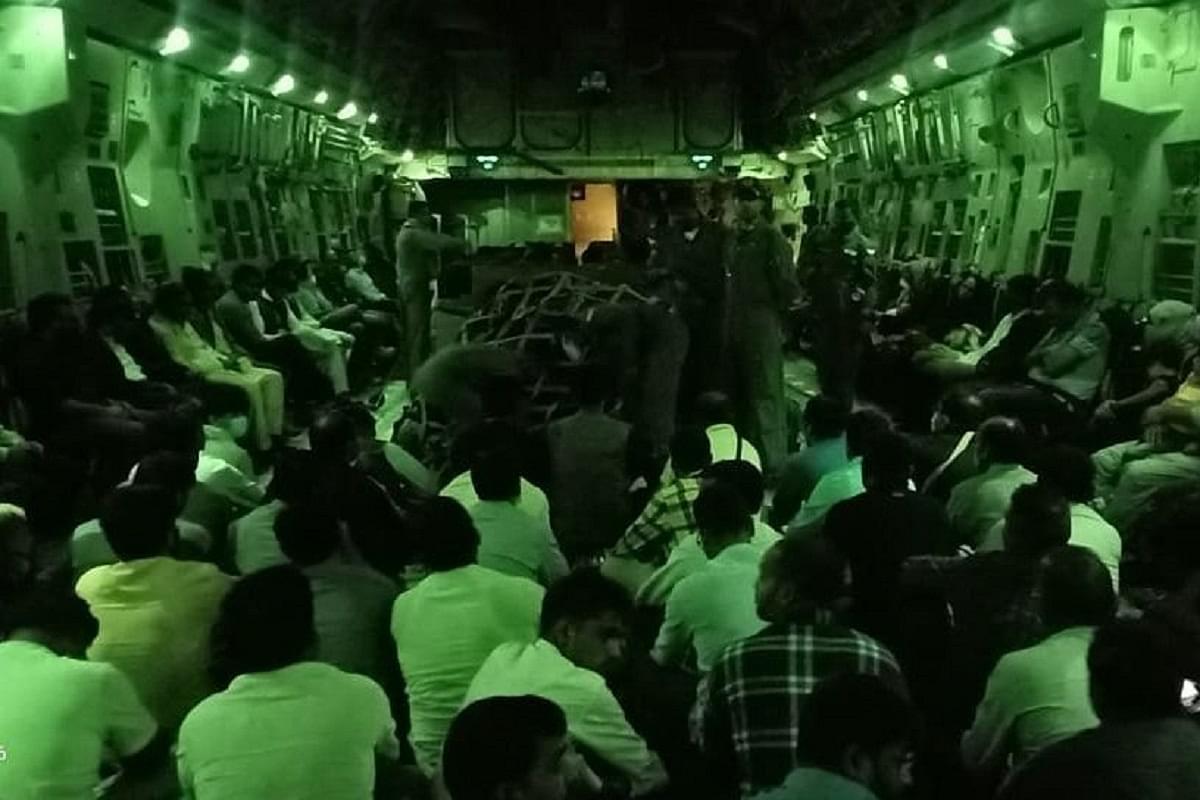 An Indian Air Force (IAF) transport aircraft arrived at Hindan air base in Ghaziabad with 168 passengers including some eminent Afghan leaders from Hindu and Sikh communities, on Sunday (22 August) morning, the officials said.

The officials also confirmed that 107 Indians have been brought back through this evacuation.

Apprehending that the Taliban militia may prevent the Afghan public representatives from taking the IAF flight, the entire plan was kept secret till the flight took off from Afghanistan, sources said.

The IAF aircraft was waiting for the clearance at the Kabul airport due to the huge rush as many countries have sent their military planes to evacuate their citizens.

"The US authorities have taken full control of the airport and they are managing the air operation from the war torn country. In this huge rush, charting out a slot for an aircraft and also a safe air route for the evacuation flight, have become major challenges for US authority," an official explained who was privy to these developments.

However, the Government has been making all efforts to bring back Indians and leaders of the Afghan Sikh and Hindu communities who have feared Taliban's prosecution.

The Kabul airport was closed on August 16 evening for commercial operation but it was reopened for military aircraft deployed for evacuation operations on Tuesday by the American agencies.

Meanwhile, India has now been allowed to operate two flights per day to evacuate its citizens from Kabul in Afghanistan, government sources were quoted by India Today as saying.

US security forces have been in control of the Hamid Karzai international airport in Kabul since the Taliban took control of Afghanistan on 15 August.