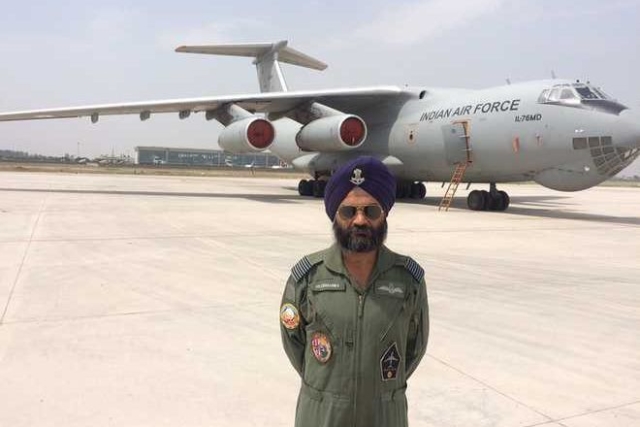 Commissioned into the transport wing of the IAF on 13 June 1992 and after flying AN-32 aircraft and IL-78 mid air refuellers for long period of his career, Group Captain Chhabra finally accomplished this feat with IL-76 aircraft on 30 April 2019. The celebrated pilot also holds over 8,500 hours of service flying experience of which over 5,000 hours are on the IL-76/78 platform.

The airfields of Leh and Thoise are located at elevations of over 10,000 feet, surrounded by treacherous mountains and terrains, making them some of the most challenging airfields for the IL-76 class of aircraft all over the world.

Group Captain Chhabra happens to be one of the only few who hold clearance to fly to both these airfields by night, which by any standard is a tough and dangerous job.

The IAF's squadron number 44 operates all the IL-76 aircrafts in possession of the Indian forces, and is based at Chandigarh Air Force Station. These planes are capable of carrying payloads of as much as 45 tonnes.