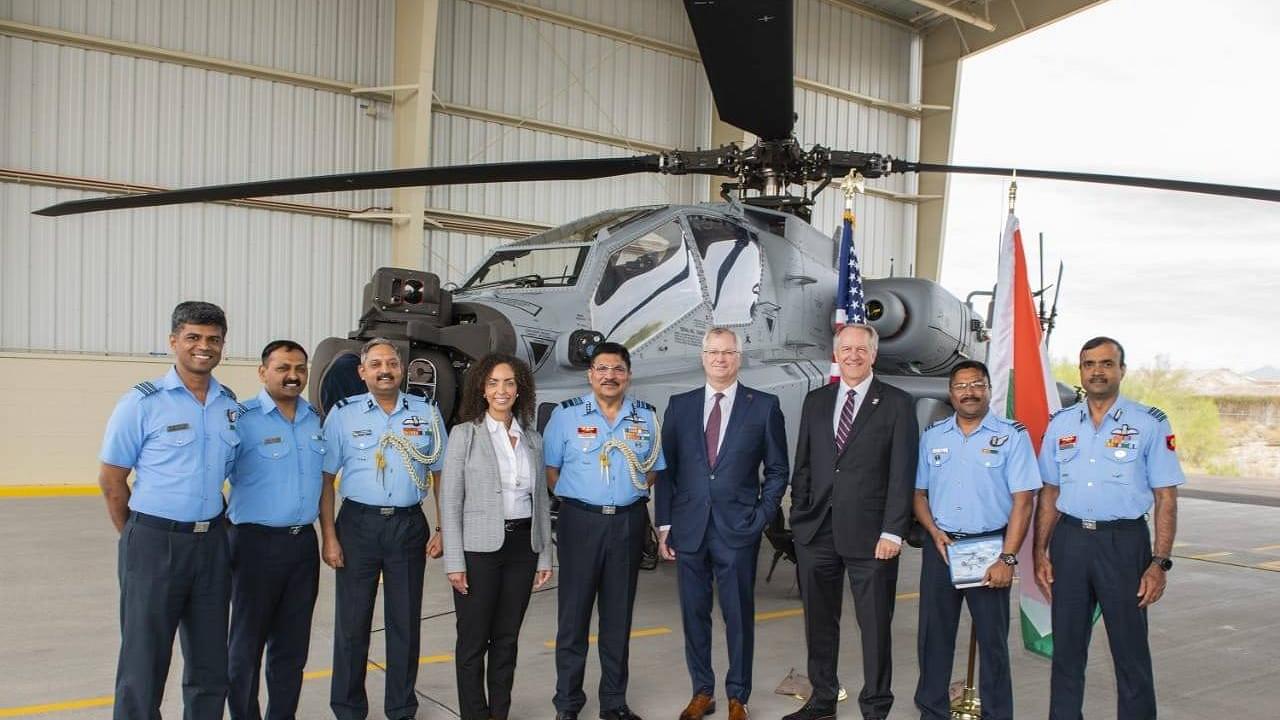 Air Marshal AS Butola represented the IAF and accepted the helicopter in a ceremony at the facility in front of representatives of the US Government. (image via @IndianAirForce/Facebook)

North-East region of India is set to receive its first batch of Apache helicopters under the Indian Air Force (IAF), the Northeast Today reports. The first Apache Guardian Helicopter- AH-64E (I) was formally handed over to the IAF at the production facility in Mesa, Arizona, the USA on 10 May.

Air Marshal AS Butola represented the IAF and accepted the helicopter in a ceremony at the facility in front of representatives of the US Government. Once the fleet is inducted, one squadron is likely to go to the Northeast sector under the Eastern Air Command in Shillong, Meghalaya and the other in the Western Command.

The contract for the 22 Apache helicopters was signed between IAF and US Government and Boeing in September 2O15. The first batch of the helicopters is set to ship to India by July.

Selected IAF aircrew and ground crew underwent training at the training facilities at the US Army base Fort Rucker in Alabama and would lead the operations of the Apache fleet in the IAF.

The AH-64 E (I) helicopter is a great addition and a huge step to modernise the IAF’s helicopter fleet. It has been customised to suit further requirements of the IAF and will have significant capability in the mountainous region.

The helicopter can carry out precision attacks at standoff ranges and also operate in hostile airspace with threats on the ground. They also can transmit and receive battlefield picture from the weapons system via data networking and will provide a significant advantage in future joint operations with land forces.