IAF To Get First Rafale Next Month: Defence Minister, Air Chief To Receive The Aircraft In France On 20 September 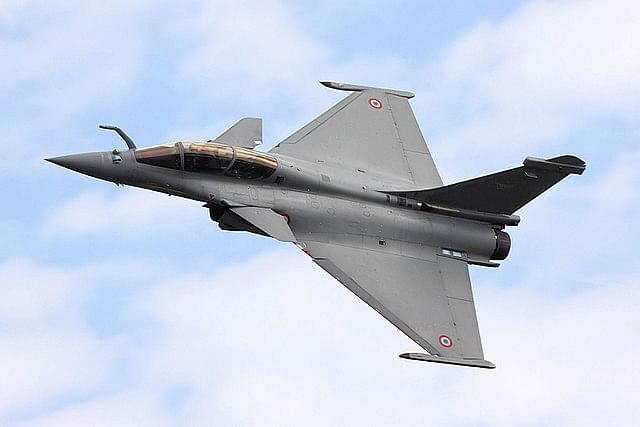 India is set to get first of the 36 Rafale fighter jets as Defence Minister Rajnath Singh and Air Chief Marshal BS Dhanoa will travel to France next month to receive the first Rafale aircraft for Indian Air Force, the government sources said on Wednesday (21 August), reports Times of India.

According to the report, during the handing over ceremony of the first Rafale jet, which is likely to be held on 20 September, top French military officials as well as senior Dassault Aviation officials will also be present.

A high-level team of the IAF is already in Paris to coordinate with the French officials on the handing over ceremony, sources said.

Earlier in September 2016, India had signed an inter-governmental pact with France for procurement of 36 Rafale fighter jets at a cost of around Rs 58,000 crore. The French fighter jet is capable of carrying a range of potent weapons and missiles.

As per the report, the IAF has already completed the preparations to induct the fighter aircraft in its fleet, including readying required infrastructure and training the pilots.

The strategically located Ambala air force station, which is around 220 km from the Indo-Pak border, in Haryana will host the first squadron of the Rafale jets, according to the sources.

The second squadron of the French jet will be stationed at Hasimara air base in West Bengal.