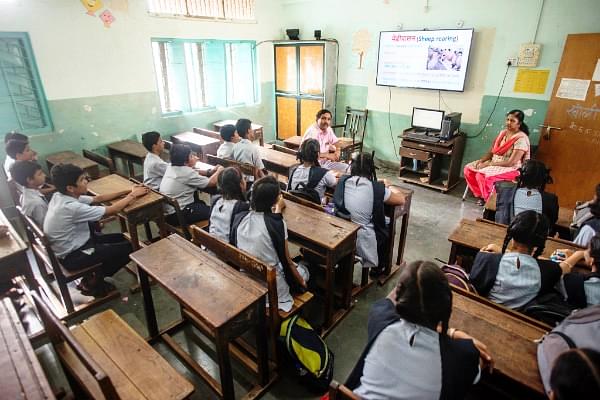 A classroom in India (Pratik Chorge/Hindustan Times via Getty Images)

The affiliations norms have been amended by the Central Board of Secondary Education (CBSE), which has made it mandatory for schools to disclose fee structure and not to impose any hidden charges on parents, failing which the institution can lose its affiliation, Indian Express has reported.

The application process has been made simple due to revamped bylaws, and the CBSE board has reduced the amount of paperwork required during the time of admission from 14 documents to two.

Prakash Javadekar said that henceforth an affiliation application would be processed after furnishing a no-objection certificate (NOC) from the state government and a self-sworn affidavit by the applicant.

The NOC would be a document vetted by the district education officer validating aspects such as building safety, sanitation and land ownership. The affidavit, meanwhile, will certify that the institution has been following CBSE norms relating to infrastructure and fees.

The inspection of the schools will not be based on academic indicators and learning outcomes, the minister added. Currently there are 20,783 CBSE affiliated schools in country.