'If You Have The Guts Do Such Comedy On Other Religions': Comedian Raju Srivastav Slams Tandav Makers 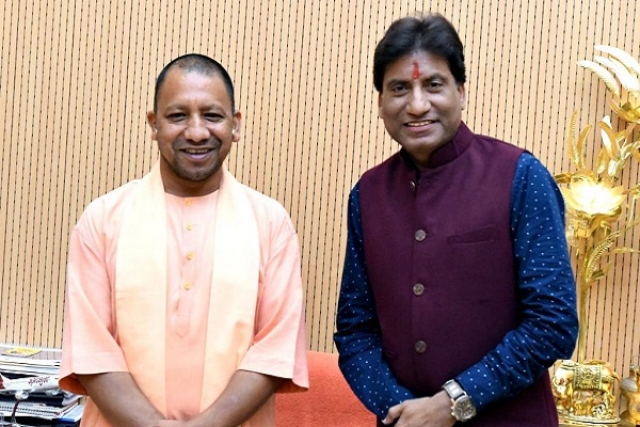 Noted stand-up comedian in a viral video has slammed the Tandev web series and asked its makers to perform similar comic acts on people of other religions, if they have the guts. In he same breath he added that they will not do such comedy as it would result in them getting beheaded.

In the video Srivastav says that, "...hamare Hindu devi devtaon ka mazak udate ho, tumhe sharam aanhi cahiye. Agar himmat hai to dusre dharam ke logon par bhi isi tarah ki comedy karo, nahin karoge kyunki tumhara sar kalam kar diya jayega (You should be ashamed for making fun of Hindu gods and goddesses. If you have the guts do such comedy on people of other religions but you will not do so as it will result in your beheading)".

Srivastav added that there are no laws to stop such acts and urged Hindus to unite against them. He also said that removal of the offending scenes is not enough and that offenders should be strictly punished.

Srivastav one of India's top stand-up comedians rose to fame following his participation in the Great Indian Laughter Challenge. He is known for his observational humour and mimicry.

Multiple FIRs have been filed against the series makers and Amazon Prime Video officials have been summoned by the I&B ministry in this regard.