If You Want To Go To Kashmir, I’ll Make Arrangements’: PM Modi Slams Congress On Kashmir Stand In Maharashtra Rally 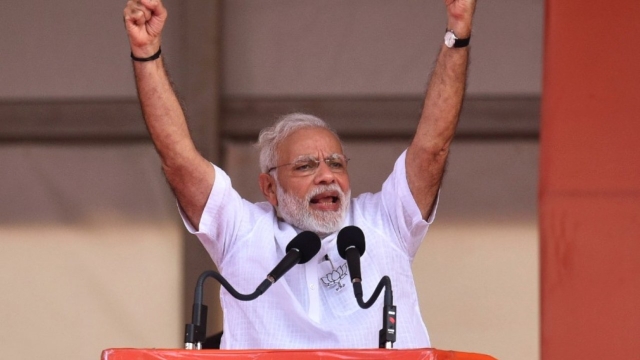 With nearing the battle day for Maharashtra assembly elections, Prime Minister Narendra Modi thrashed the Congress and other opposition parties for their stand on the removal of special status of Jammu and Kashmir, Hindustan Times reported.

The PM was addressing a rally in Beed district’s Parli where state Cabinet Minister Pankaja Munde is contesting against her cousin Dhananjay, who is in the field on a Nationalist Congress Party (NCP) ticket.

PM Modi said that his government “removed Article 370 for the country, and not for politics”. He also attacked the Congress and said that one of their leaders said we had lost Kashmir by abrogating Article 370.

“A Congress leader had said, this decision will destroy the country, it has been three months, has the country been destroyed? Another Congress leader said that we have lost Kashmir by abrogating Article 370, have we lost Kashmir? If you want to go to Kashmir let me know, I will make arrangements,” the Prime Minister slammed Congress.

The state is set to go for polls on 21 October and both Congress-NCP alliance and BJP-Shiv Sena alliance are not leaving any stone unturned to lure voters to their side.