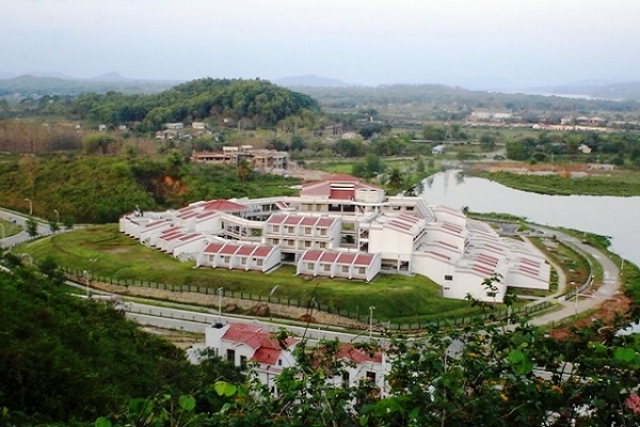 The vaccine is expected to be ready by the end of this year for animal studies. The work is currently in its early stage of development, IITG said in a statement.

The recombinant avian paramyxovirus-1 expressing the SARS-CoV-2 protein could be used as a vaccine candidate for further study, the Institute said.

"It is too early to comment on the efficacy and immunogenicity of the vaccine, however, we will be able to reveal more details about this vaccine after the results of animal studies are obtained," said researcher Dr Sachin Kumar, Associate Professor, Department of Biosciences and Bioengineering, IIT Guwahati.

According to the Institute, the avian paramyxovirus-1 has been explored as a vaccine vector for various animals and human pathogens.

The research team has generated the recombinant avian paramyxovirus-1 based vaccine flatform for classical swine fever and Japanese encephalitis. The role of the Institute is to produce the recombinant vaccine candidate.

"IITG and Hester have collaborated to develop and manufacture a recombinant vaccine against COVID-19 disease as a preventive measure. Hester's involvement would be from master seed development up to release of the commercial vaccine," said Rajiv Gandhi, CEO and MD, Hester Biosciences Limited.