IKEA Opens Rs 1,500 Crore Store In Navi Mumbai; Another Store In Bengaluru To Open In Next 12 Months 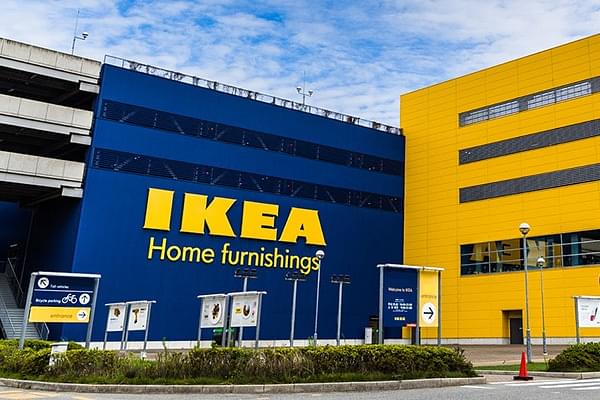 Betting big on its prospects in India, Swedish multinational retailer IKEA which specialises in making and selling furniture has opened its second physical outlet in India, after the first one came up in Hyderabad in 2018, reports Livemint.

The all-new IKEA store has been set up in Maharashtra's Navi Mumbai with an investment of Rs 1,500 crore. With this, IKEA has invested a total of Rs 7,000 crore in India so far. It now has two massive stores and several fulfillment centres in the country. The company is aiming to invest Rs 6,000 crore in Maharashtra alone by 2030.

The Navi Mumbai store will open today (18 December) in an area of over 5.3 lakh square feet, spread across two floors. The store will boast of a 1,000-seater restaurant which will serve both Indian and Swedish cuisines. It will also house the largest shopping section for children in any of the company's stores worldwide. Also, the store will offer 7,000 different products, about 2,000 of which will be locally sourced.

The company expects that once the normalcy returns post the pandemic, the store would attract five million people. Also, the store has already created 600 direct and 300 indirect jobs.

The company also has another such store under construction in Bengaluru which is expected to be launched in coming 12 months. Other than that, the company is aiming to open multiple format stores including a combination of a shopping centre, small stores and big centres in the country.