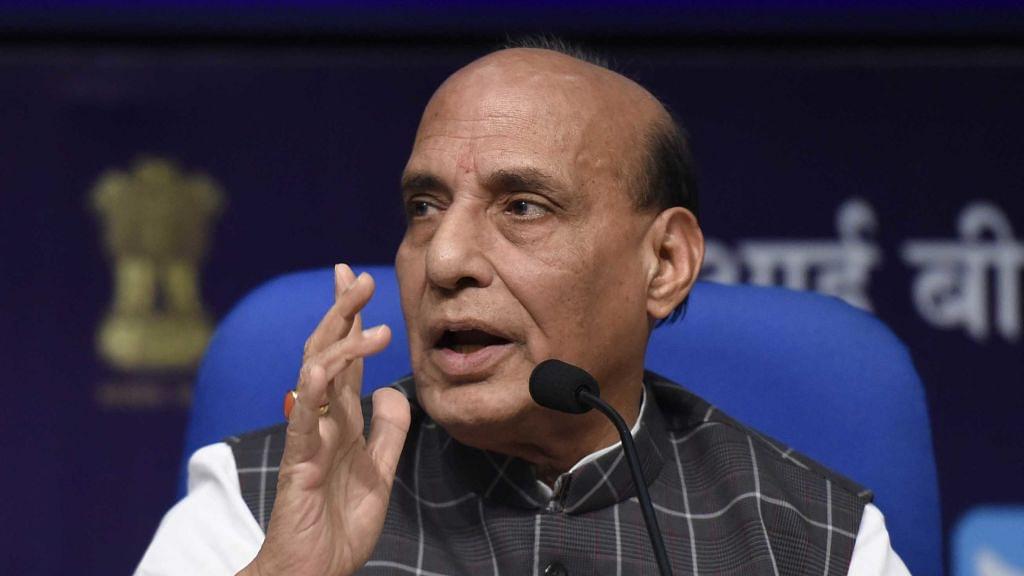 Defence Minister Rajnath Singh took a dig at Pakistani Prime Minister Imran Khan on Saturday (28 September) saying that the latter has been creating content fit for cartoon makers in trying to internationalise the Kashmir issue.

He was speaking in Mumbai on the occasion of the commissioning of India's second Scorpene-class attack submarine at the Mazgaon Docks.

“While our progressive steps in Jammu and Kashmir are receiving global support, Pakistani Prime Minister has been running around door to door and creating content for cartoon makers. Recent US visit of Honourable Prime Minister Narendra Modi Ji showcased India's emergence as a superpower. We witnessed how Modi Ji was welcomed by top leaders of the US at jam-packed Stadium,” said Rajnath Singh.

The Defence Minister praised the Indian Navy applauding the force for its exceptional role played in the 1971 war when Operation Trident and Operation Python broke the backbone of Pakistan Navy.

“Pakistan should understand that today with strong resolve of our government and advancement in naval capacity with additions like INS Khanderi, we are capable of giving much bigger blow to it,” he said.

He elaborated on the complex shipbuilding industry and said how it benefits the economy as a whole.

“Construction of submarines not only benefits the industry, but also helps evolve a positive culture of stringent quality control and complex engineering. It brings plough-back benefits for the economy of the nation at large with significant contributions towards ‘Make in India’,” he said.