In A First, Survey Of India To Use Around 300 Drones For Preparing Unprecedented High Resolution Map Of The Country 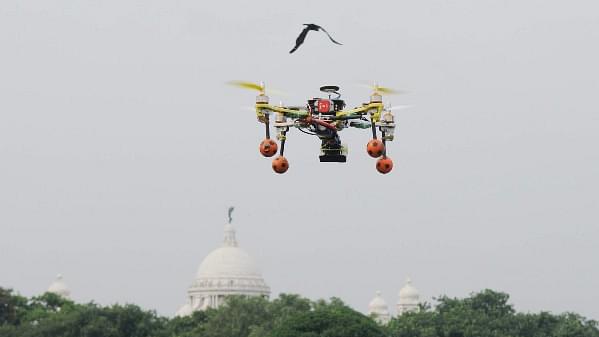 The Survey of India (SoI), which is country’s central engineering agency for mapping and surveying, will for the first time use about 300 drones to map the country, reports The Hindu.

The drone mapping will not only help the SoI in getting unprecedented detail of country’s landscape but will also help in creating high resolution maps of land in villages facilitating digitisation of land titles there.

According to the report, the map being prepared through the drones will be of 1:500 resolution, meaning 1 cm on the map will represent 500 cm on the ground. At present, the best SoI maps have a resolution of 1:2500.

“We’ve used aerial photography before for mapping purposes (taking pictures from planes) but that’s expensive and has its limitations. This is the right time to deploy drones,” said Gireesh Kumar, Director-General, SoI.

As per the report, the SoI is mulling on procuring about 300 drones for the mapping exercise, that is aimed to map 75 per cent of India’s geography within next two years. The organisation has so far procured about 30 drones for the purpose. The project for the foundational map is estimated to cost Rs 400-500 vro

The SoI, to start with, has signed six agreements with six districts in Haryana, 2 in Karnataka and 2 in Maharashtra to undertake such drone-based mapping exercise. The foundational map project is estimated to cost Rs 400-500 crore.